How Artists Get Heard Above th.. 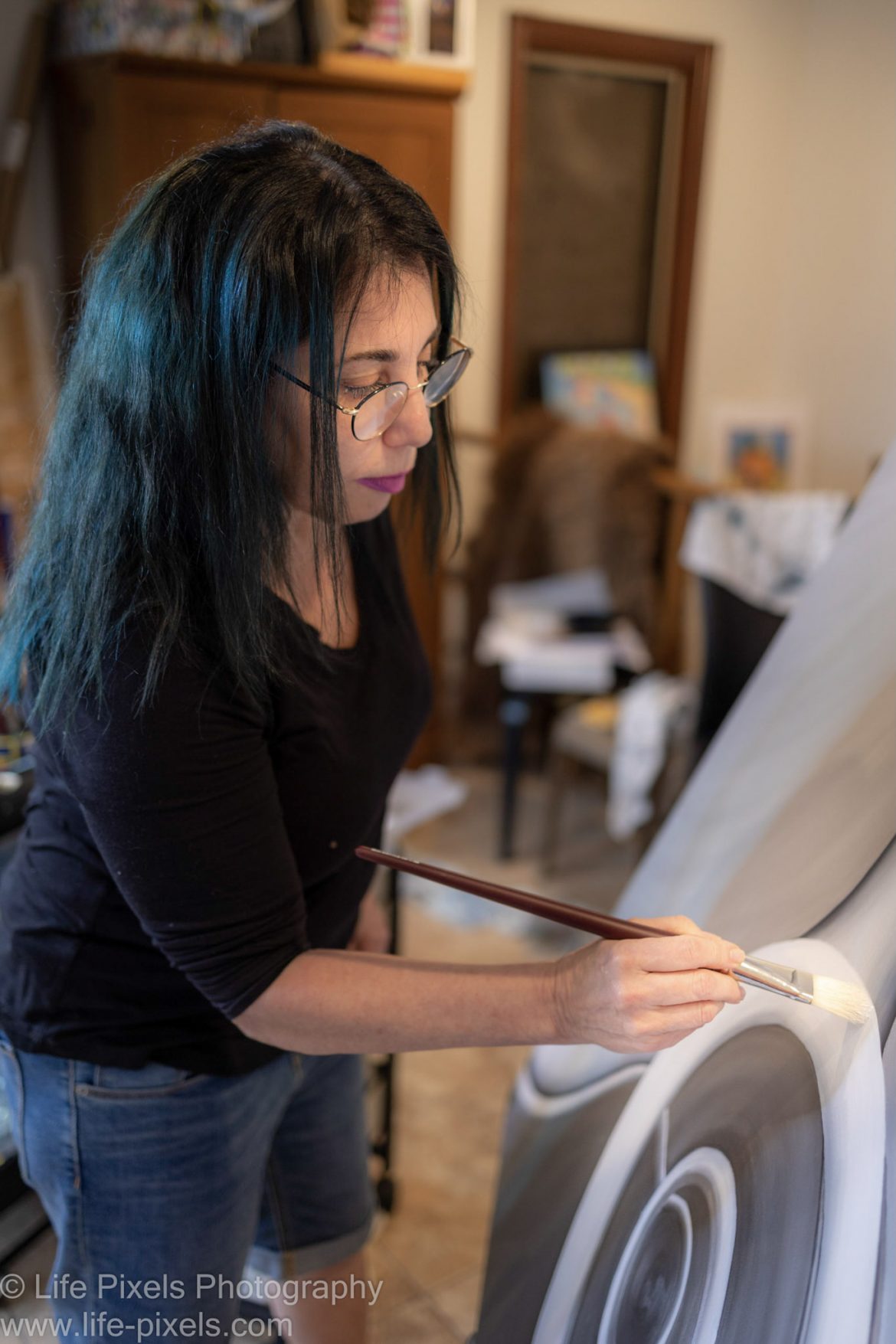 American contemporary artist Rachel Tribble’s award-winning, watercolor and oil paintings are recognized for their meditative qualities and serene use of color. Initially working in the jewelry and fashion accessory industries and she ultimately left the design world to pursue her evolving fine art. She introduced her multi-media installation and performance work into the alternative venues of rock nightclubs during the rise of the EDM movement. Inside that arena, she created works that brought the viewer’s attention to the natural world and sparked esoteric and social questions.

Q: Introduce yourself – who are you and what do you do?

A: My name is Rachel Tribble. I’m a painter, I primarily working in oil and watercolor. Occasionally I make other things: 3D objects and gilded works. 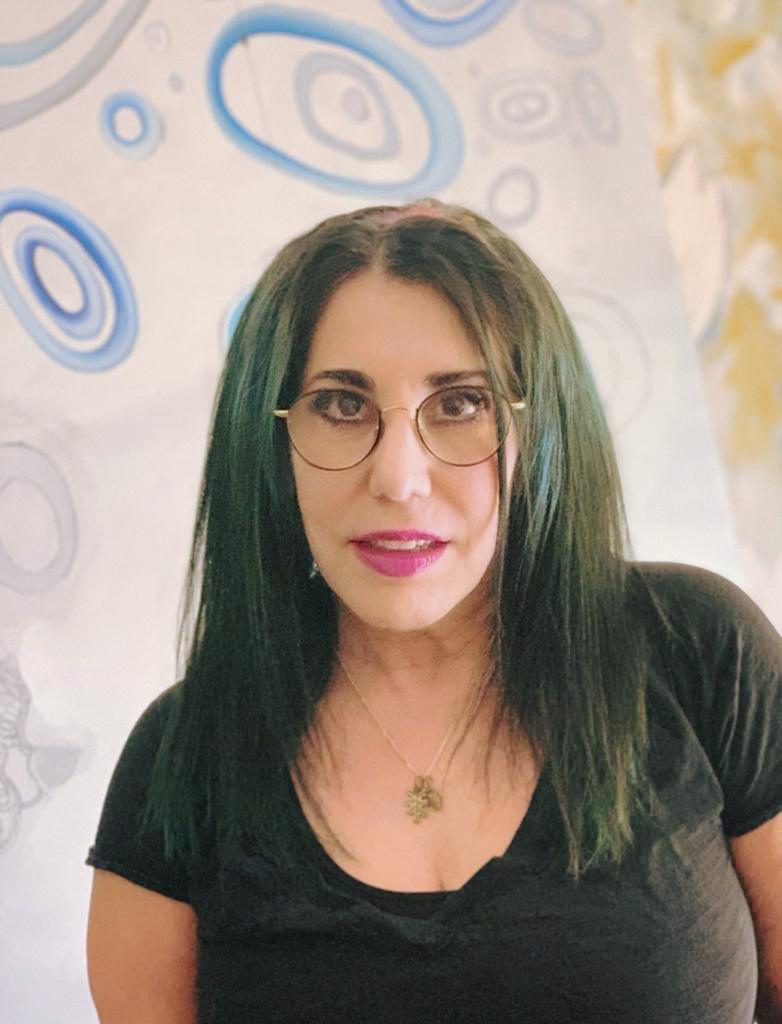 A: I grew up in New York and studied fine art at Syracuse University and The National Academy in New York City. I also studied jewelry design. The painting of gemstones is where I really learned color and how to paint light and dimension. In the 1990s I did a lot of performance work and multi-media installation work, a little in New York, but primarily in nightclubs in Minneapolis, where I lived for 9 years. I have always been environmentally aware and the majority of my performance and installation work focused on the esoteric and social consequences of the human disconnection from the Earth. Those works lead me to be invited into the Native American community in and around Minneapolis. I took a few years off from the artwork as I learned from the people and worked for a company partnering with Tribal communities. During that time I began a series of paintings that were entirely elemental and inspired by the Ojibwe traditional beadwork. In 2007 I showed them for the first time. The work attracted the attention of Disney and I was invited to create a poster for the Epcot Flower and Garden Festival at Walt Disney World. The poster won an award for Disney and started what is now over a decade of collaborations with the company and showings at Epcot. I have done other commercial work and I regularly work with private collectors, galleries and sell online.

A: That’s a really hard question. I love art, of all kinds. But I think it’s the silence of Rothko’s color fields and the solitude of Robert Kipniss that touch my spirit. But equally, I relate to the deliberate and beautiful chaos of Lance Letscher and Jackson Pollack.

A: The paintings usually come in dreams or spurts of imagery in my mind like I’m watching a film. There is a knowing that I need to get this down before it disappears so I’ll just sketch it out on a sticky note, anything really, just to get it out of my head. Then I start with a watercolor study and work it out there, on paper before committing to canvas. But equally, I just go for it and commit to canvas without even making a sketch; especially if I understand the size of the work and the texture of the image I’m seeing. If it’s clear that the thing is oil and not work on paper, and there’s no need for me to work it out ahead of the canvas. At the point where I begin, it’s not just the image I explore. There always seems to be a tonal frequency and a singular point that the painting emerges from. I’ll spend time finding that sound meditation and the point to start. When the work begins it is layers of color on top of the texture, I cant even say I am fully conscious of what I’m doing, it just begins to work itself out. I love to paint in the dark, with all the overhead lights off and only one or two of my studio lamps on in the background, just enough light to show me the canvas. So many times I will be working and the sun will disappear into evening and night, and I don’t realize I’m in the dark. I love when that happens. The work is always emotional and often three or four of eight or more paintings will come all at once. It’s like an explosion of imagery and paint and it’s hard when that happens. I never want to leave the studio when I’m painting like that and it becomes hard to hold the balance of everyday life and being in the world of the painting. I’ve been known to sleep near the paintings just to understand and see them. 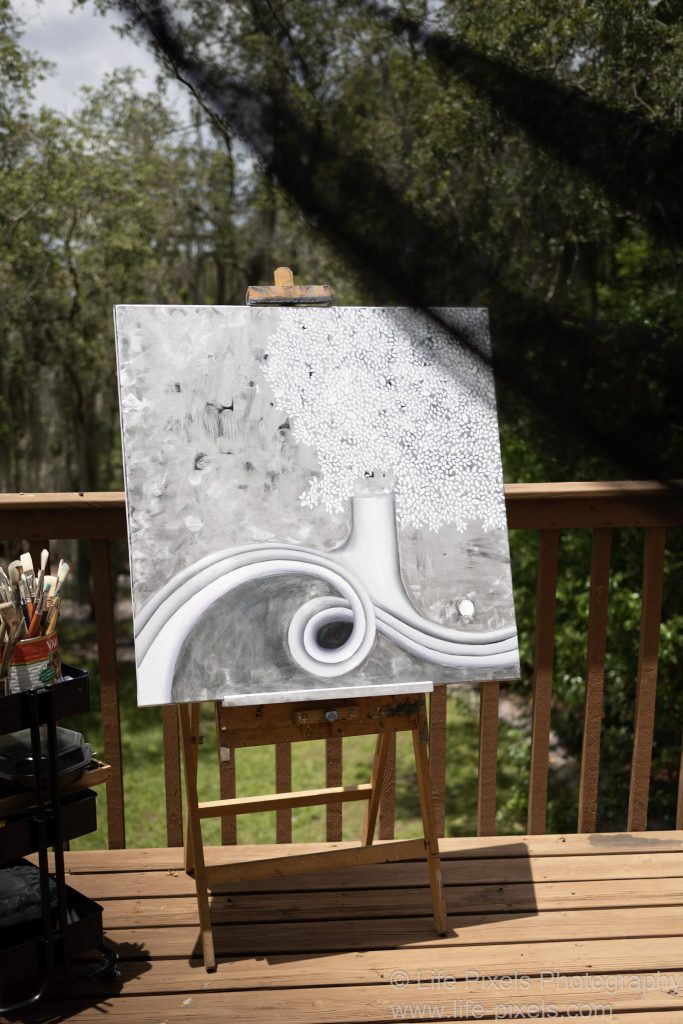 A: Receiving emails from people who live with my work or have recently found it. Telling me how a painting helped them through a really hard time in life or crisis. Especially during the quarantine, when some prints sold and I found out they were being purchased for the nurse’s break room in a hospital that was overwhelmed with COVID patients. And emails from an emergency room nurse in New York City and a hospital administrator in Michigan, both of whom were struggling with what was happening and found my work online. A similar type of thing happened in 2008 during the economic crisis. It’s incredibly humbling and makes me realize that what I do is not just me working, it is in service to others. 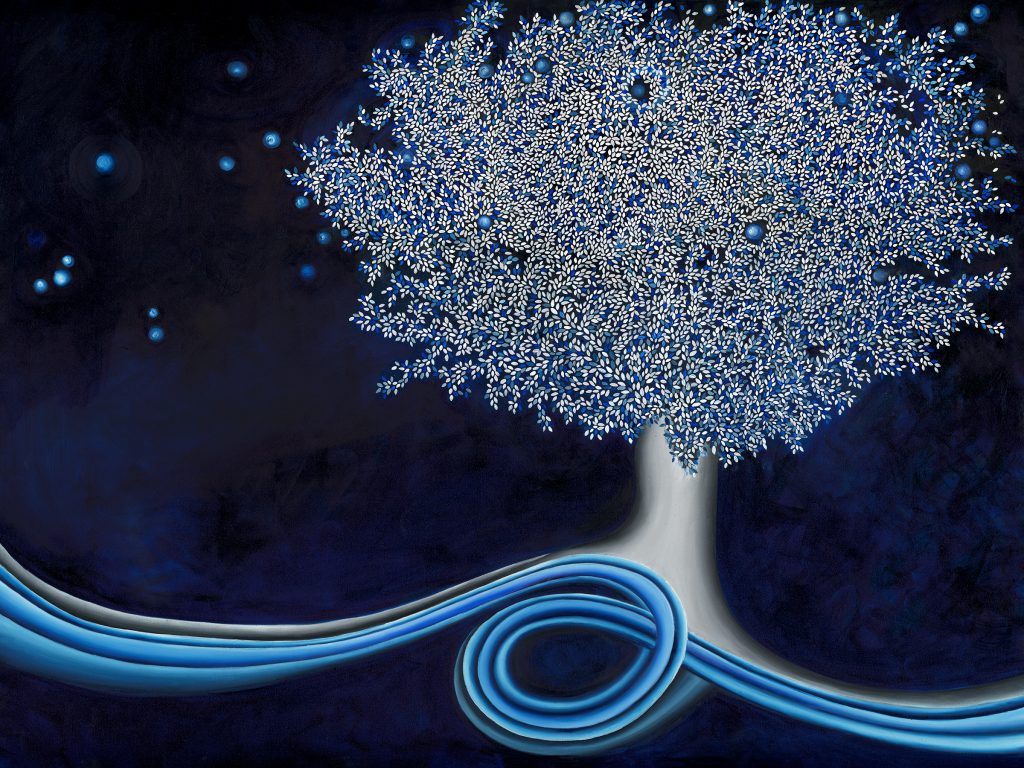 Q: How Has Your Career As An Artist Shifted in the Past Year?

A: This is a huge question. Like everyone I had to find a way to sell, I was already working towards being online, so I just focused there. I struggle with social media and all that goes with it. It’s completely opposite of my personality and I realized I had to find a balance with what it meant to be online and if I was going to continue to sell, what would I focus on? I began to expand into different areas, trying out different platforms and ways of selling. What was nice is that my collectors and some people who just followed me but had never actually purchased a painting started to buy. As people moved and redecorated… I sold a lot of work. I started thinking I’d just paint right through the quarantine but then the fear and overwhelm of what was happening in the world started to show itself. I didn’t know what I was painting anymore, nothing made sense to me. And then my teenage son started to crash into a significant depression. I was terrified of what was happening to him. I didn’t go into the studio at all. I was working in my kitchen and the paintings became small. I went from medium and large-scale canvases to small watercolor paintings and then even smaller, miniature paintings that fit into a matchbox. I’ve always been a color-oriented painter, but the color started to disappear. Grey, silver, black, and white replaced the monochromatic expressions of jewel-tone color I had always been slightly obsessed with. Then the work went white and silver. Silent. Not quiet, just silent. I think that’s partially what I’m dealing with right now. I think I’m still working out of that complete state of overwhelm and panic. Feeling like static on a television screen. I’m back in the studio and doing some larger canvases again. I’m finding hints of color and dimension in ways I never knew I could find them before. The biggest change is that I started doing some figurative work along with the elemental. Silent spirits and protector beings emerging from the light. I’m not ready to fully show those paintings yet. But probably soon. 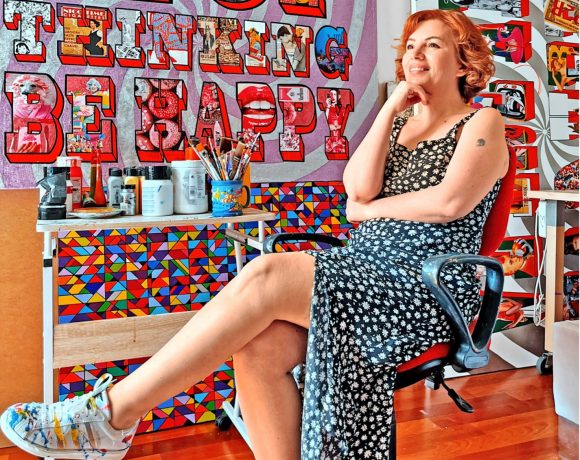 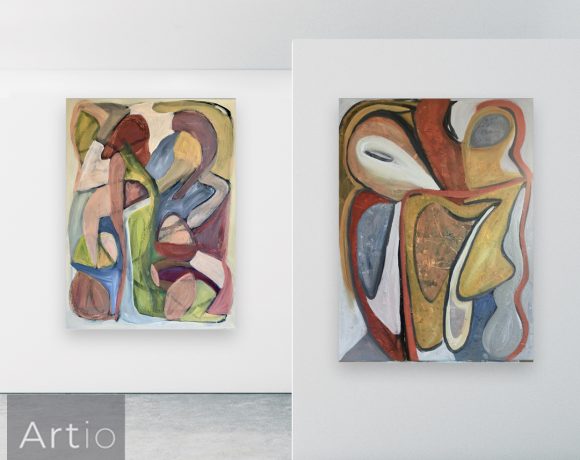 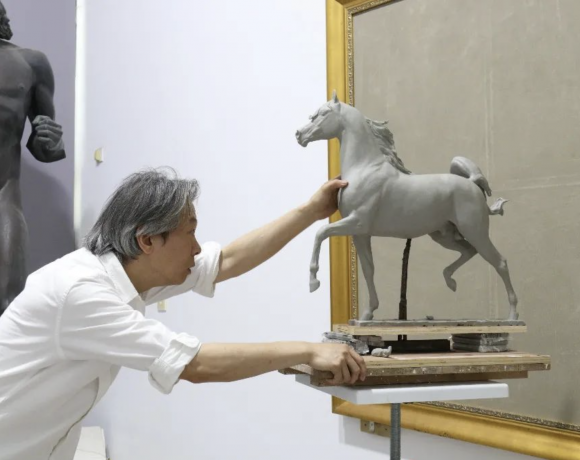