Going Beyond Brushes: Top 6 To.. 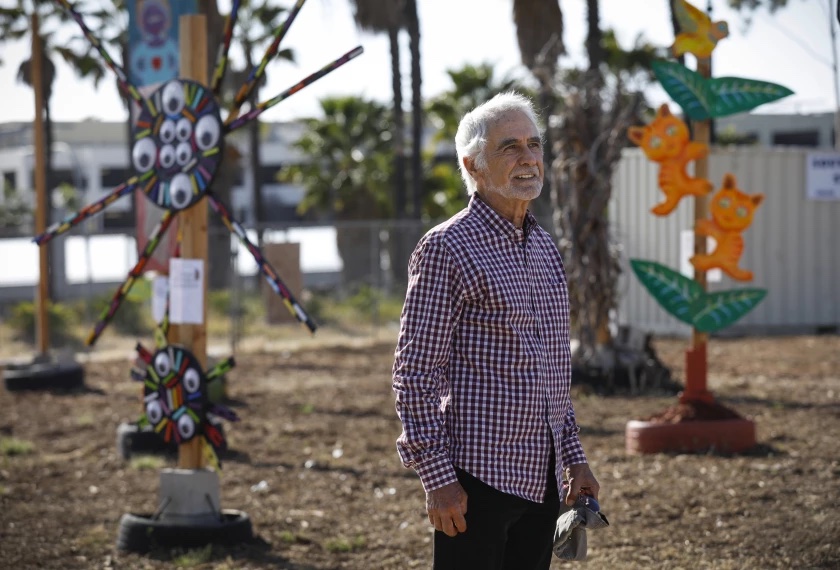 San Diego art enthusiast Jim Bliesner recently turned an empty lot in City Heights, San Diego into a sculpture garden for locals to enjoy for free. The empty lot, which is slated for future mixed-use development by the City Heights Community Development Corporation (CHCDC), stands adjacent to the bridge on University and has been vacant for over two years. Bliesner, a City Heights resident, noticed the lot was sadly being used as a trash can more than anything else and became inspired to convert the space into an art project. 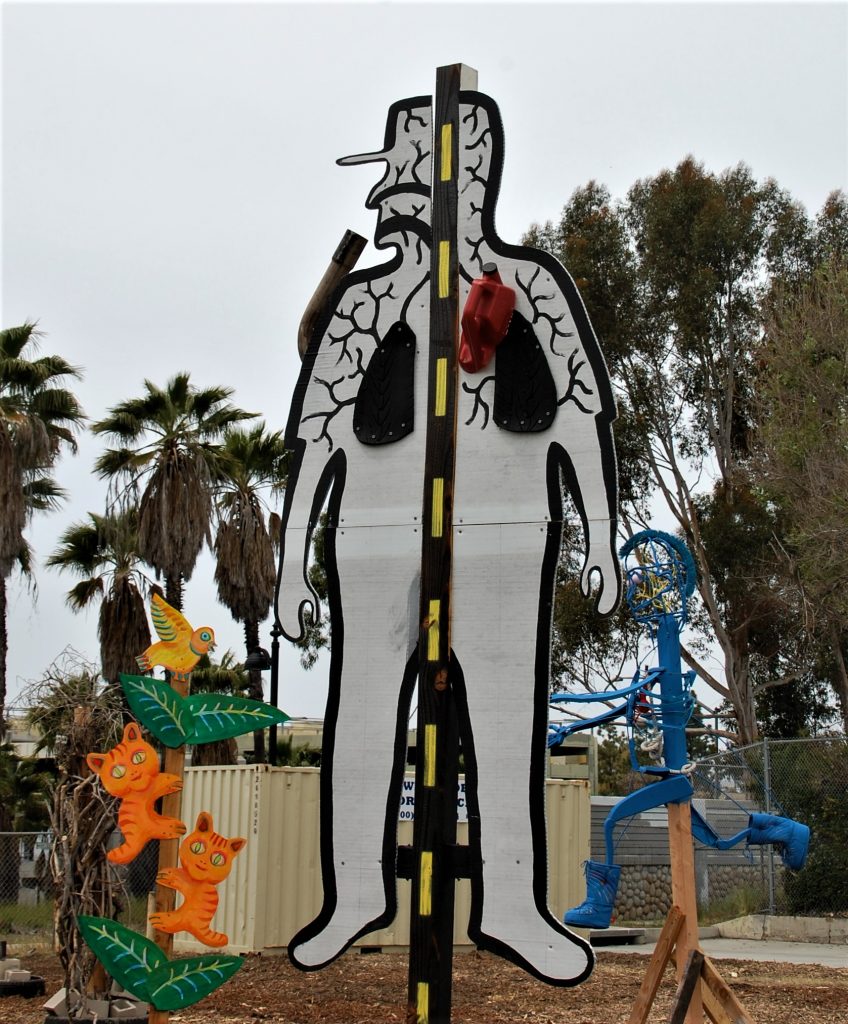 “I decided that as an artist myself I outright to come up with a way to inhabit that space [and] bring people to the barren landscape.” Jim started painting local characters on large flat boards and hanging them on the fence near the vacant lot. Gradually, other local groups began to suggest other interim uses for the lot and small events began to pop up in the unused space. This is when Bliesner realized the vacant space would make a great platform for an art installation.

Typically, installations happen in museums where they decide on a concept and commission an artist to build it in a designated space. Bliesner thought “why couldn’t we do that?” 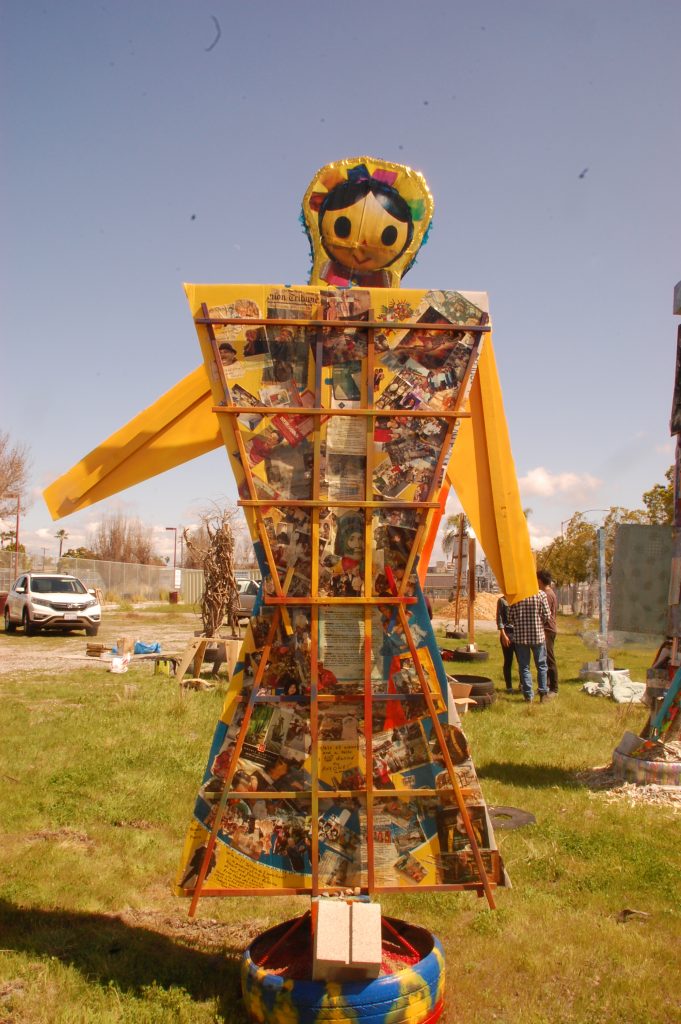 As a Plein air painter himself, Jim has also done other sculptures in City Heights with a focus on community engagement. Therefore, he decided this new installation should include other artists. “I [wanted] to see the local artists in City Heights emerge so I drafted an invite prioritizing [local artists] but included everyone. I was hoping for a cross-fertilization experience.”

Bliesner soon received a $2,000 fund from the Synergy Foundation and searched for artists to help him create the sculpture. He received interest from sixteen artists and gave them each $100 for materials to build the sculpture. The group of artists worked with a variety of materials including wood, chicken wire, old tires, scarves, and more. Artists include Edwin Lohr, Carlos Quezada, Marcus Montes, Tarrah Aroonsakool, Iain Gunn, Dianne Brunner, and Randy Lane, Vicente Rivera, Elida Chavez, Pete Evaristo, Melody De Los Cabos, and Mia Mercado a twelve-year-old emerging artist attending SCPA. Half of the artists are from City Heights and the other half from other cities. 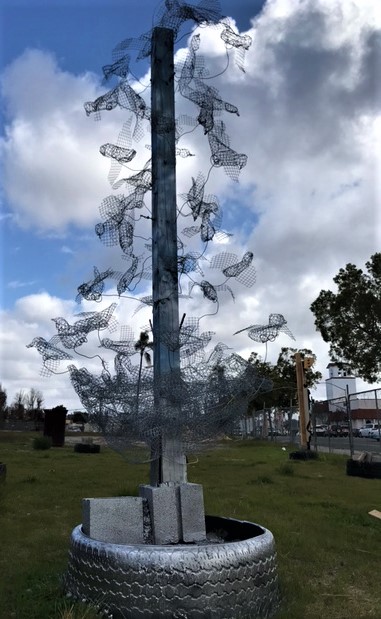 The sculpture is planted in an old tire and filled with three 60 pound bags of cement with two upright bricks. “The variety [is] electric. The characters emerged for each artist’s personal struggle and design. The art became the art.” says Jim. 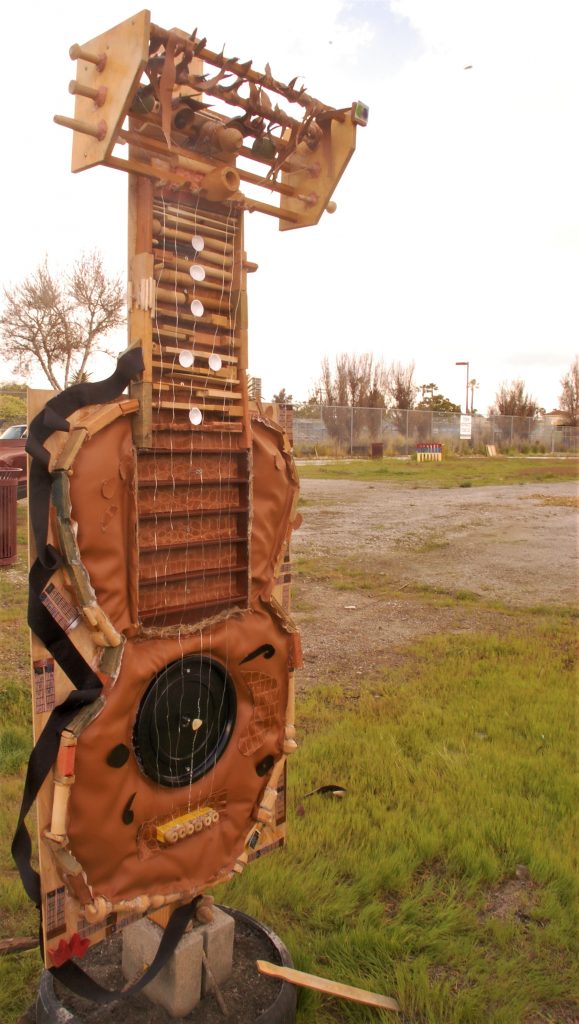 The sculpture will remain present until the lot is needed for future events. It can be viewed by locals from the sidewalk or driveby, making it a free “event” where art enthusiasts can gather and take in the beauty of the sculpture. 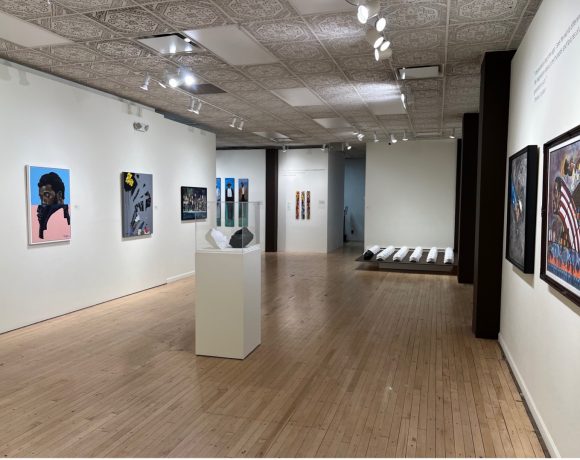 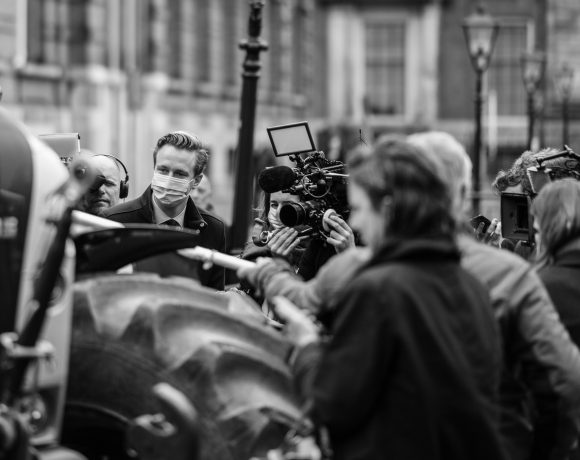 A Comprehensive List of Famous Art Journalists You Should Read 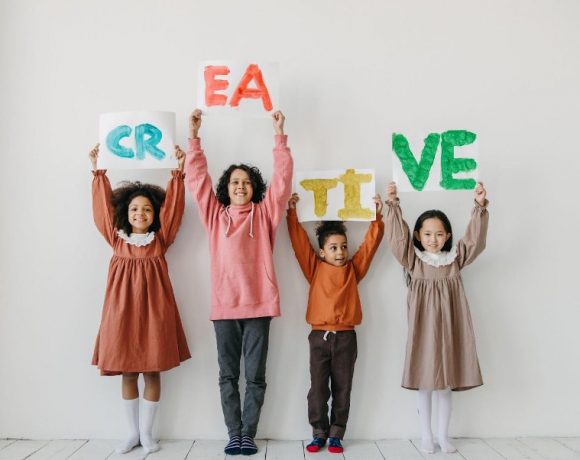