The Most Common Misconceptions.. 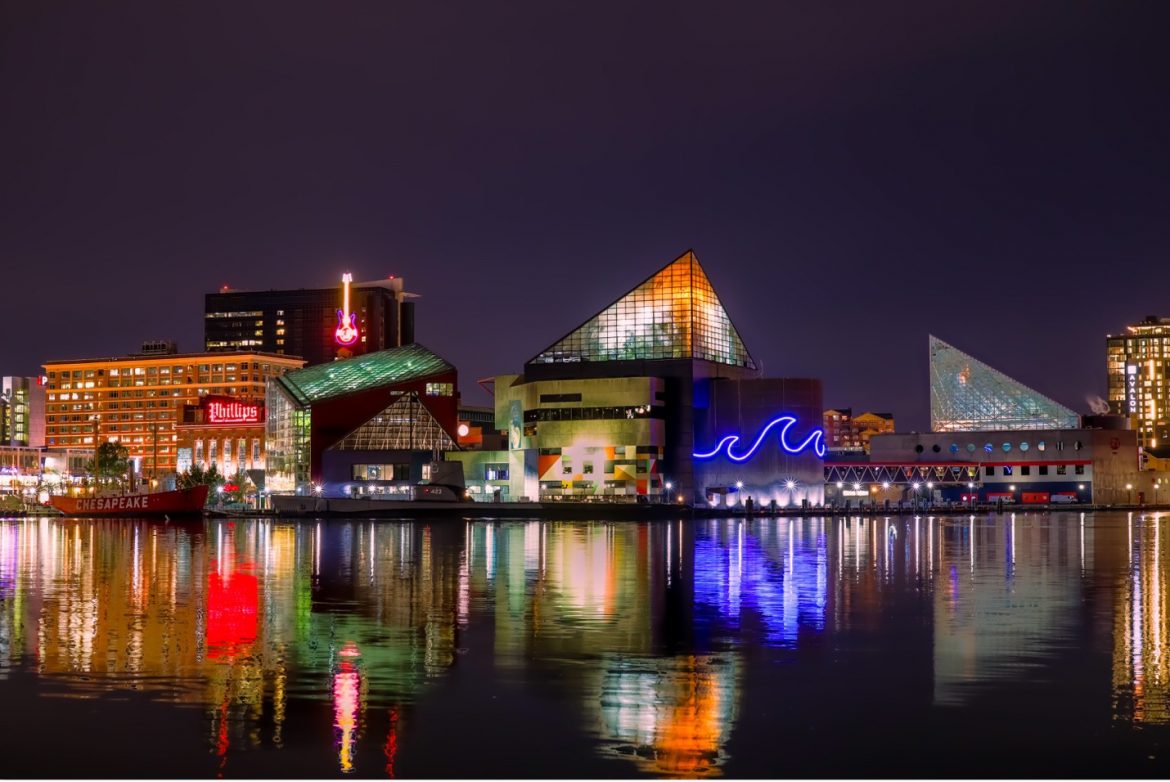 When it comes to art, beauty is always in the eye of the beholder, but society as a whole has aesthetic ideals by which to judge. In the case of visionary art, however, the object may not even have been thought of initially as art by its creator. Ancient civilizations including the Greeks, Egyptians, and Hopis created art prolifically, and yet they did not have a word for ‘art’ in their vocabulary. Instead, they used descriptors like ‘beautifully executed’ or ‘well-made.’

The American Visionary Art Museum (AVAM) showcases beautifully executed, well-made artwork created by individuals who may or may not consider themselves to be artists, but who all felt an irrepressible urge to create. Jonathan Swift said it best: “Vision is the art of seeing things invisible.” Located on Key Highway in Baltimore’s Inner Harbor, AVAM is one of just a handful of museums on the planet that emphasize humanity’s natural, a creative impulse as an expression of their soul or inner voice. AVAM has been designated as the official national museum and education center for non-traditional and self-taught artists and features unique exhibits that combine art, philosophy, science, humor, and a vision of a better world. 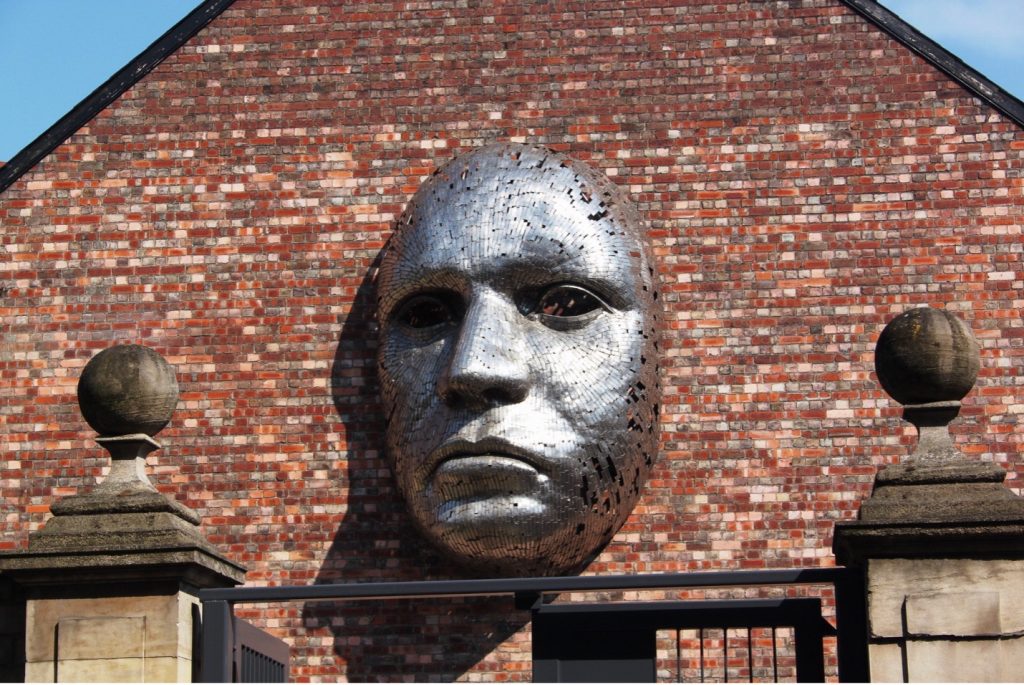 Image by David Mark for Pixaby

A BRIEF HISTORY OF AVAM

In 1984, Rebecca Alban Hoffberger was working at Sinai Hospital’s Department of Psychiatry as the Developmental Director of People Encouraging People, Inc. when she came up with the idea of combining a museum and education center to tap into innate creativity. Over the next few years, Hoffberger discovered that others shared her vision and that a few such museums already existed, including Jean Dubuffet’s Art Brut (Raw Art) Collection in Lausanne, Switzerland. Hoffberger persuaded educational television innovator Donna Matson to make a documentary on the Swiss Art Brut Museum as a way to build interest in the idea in the US. Baltimore’s George Circle Gallery agreed to host the first Visionary art show featuring matchstick artist Gerald Hawkes. The show was a resounding success.

AVAM became incorporated in 1989 and the City of Baltimore offered the Baltimore Copper Paint Company and a neighboring historic whiskey warehouse to house the collection. Most of the start-up work was performed by volunteers, and in 1992, AVAM was designated “America’s official national museum, education center and repository for intuitive self-taught artistry.”

The word folk comes from the German word ‘volk’ meaning ‘of the people.’ Folk art is art made either by the people or of the people. One main difference between folk art and visionary art is that folk art comes from a specific tradition, usually handed down through the generations, for example, Hopi pottery or Moravian papercraft. By contrast, visionary art is highly individualized, and spontaneous, and may well be the only example of its type. While materials and methods may be similar to folk art, visionary artists have no constraints when it comes to the following tradition. Visionaries blaze a trail all their own. 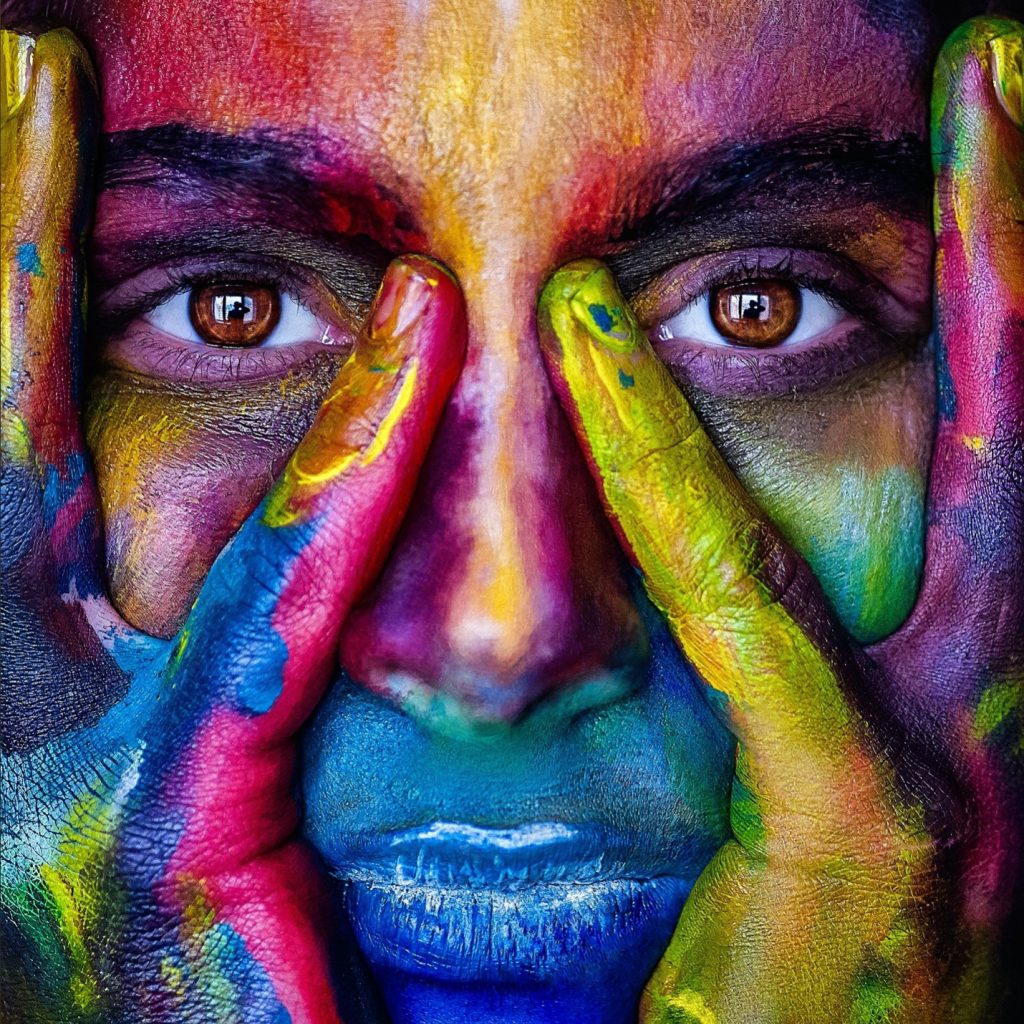 Image by Alexandr Ivanov for Pixaby

Visionary artists are as varied as the art they create. A few had formal training. A few started art school and then quit. More than a few were just fooling around in their basement or garage with random ‘junk’ when they discovered their passion. Many experienced personal struggles, such as poverty, abuse, homelessness, and depression. All experienced an overwhelming compulsion create a concrete version of their vision. 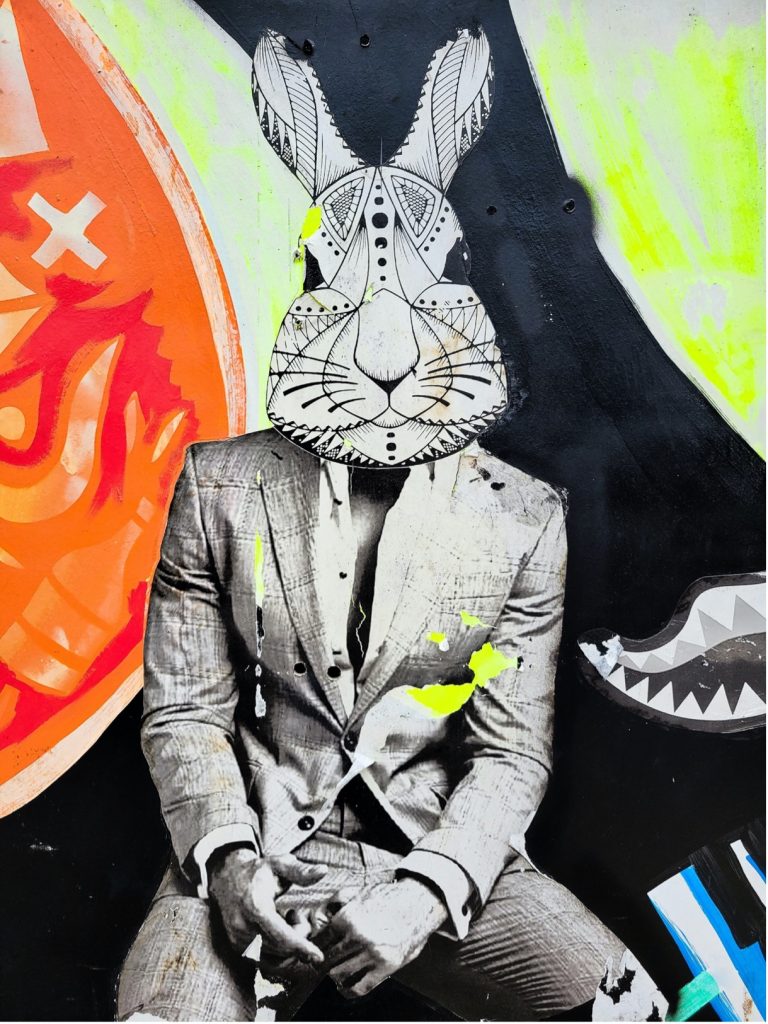 The Visionary has a wide range of offerings in its permanent collection. It has something for virtually everyone. For example, Bling Universe reflects life — literally and figuratively. From Aurora Borealis to Black Icarus to the Cosmic Galaxy Egg, expect to be dazzled by these one-of-kind mosaics. More highlights include the blue glass-covered ArtCar named Baltimore Blues, a 10-foot-tall statue of Divine inspired by the classic film Hairspray, a Giant Gold Hand, a ‘family’ of robots, and an incredibly intricately detailed model of a cruise ship made entirely from matchsticks.

AVAM’s current mega-theme is ‘Healing & the Art of Compassion (and the Lack Thereof!).’ Its objective is to bring awareness to the twin forces of healing and compassion as a way toward a healthier, more just society. Other temporary exhibits currently on display include ‘The Science and Mystery of Sleep,’ ‘Esther and the Dream of One Loving Human Family,’ and ‘A Visionary Spirit for Invention.’ 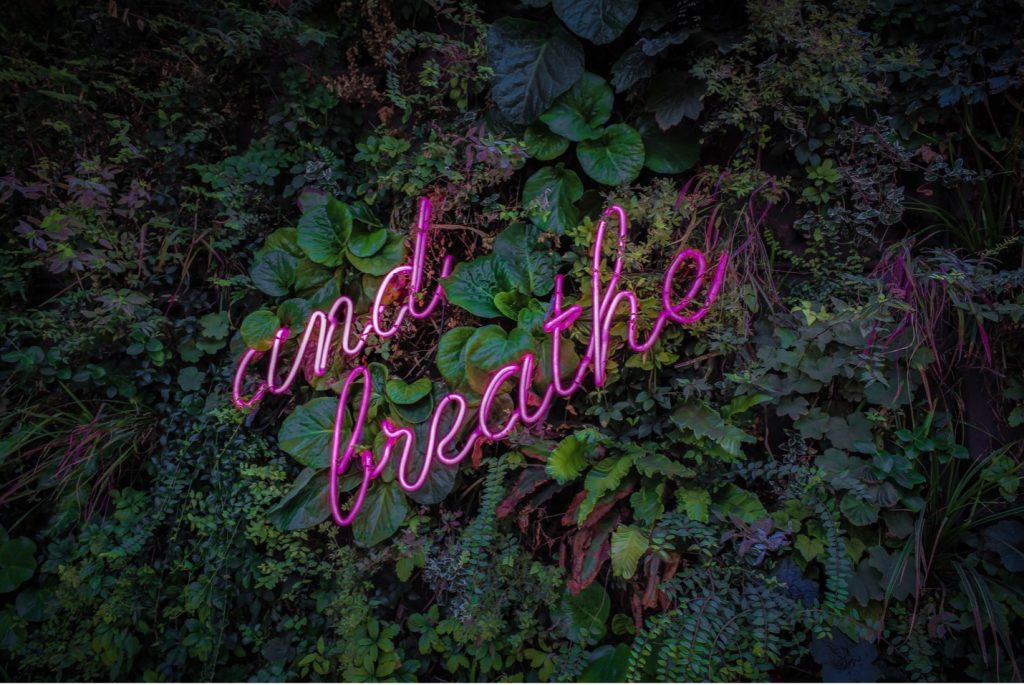 Image by Victor for Unsplash

All the exhibits at the Visionary are one-of-a-kind, but one of AVAM’s especially unique events is the annual kinetic sculpture race. Debuted in 1999 and usually held on the first Saturday in May (next race: May 6, 2023), the race offers participants the opportunity to exercise their creativity and their skills in multiple ways. The human-powered contraptions must be built to be able to travel over land, water, mud, and sand. Some previous race entrants are on permanent display at one of the museum’s outbuildings, including a giant pink poodle. Play chess on a larger-than-life board while you’re there. 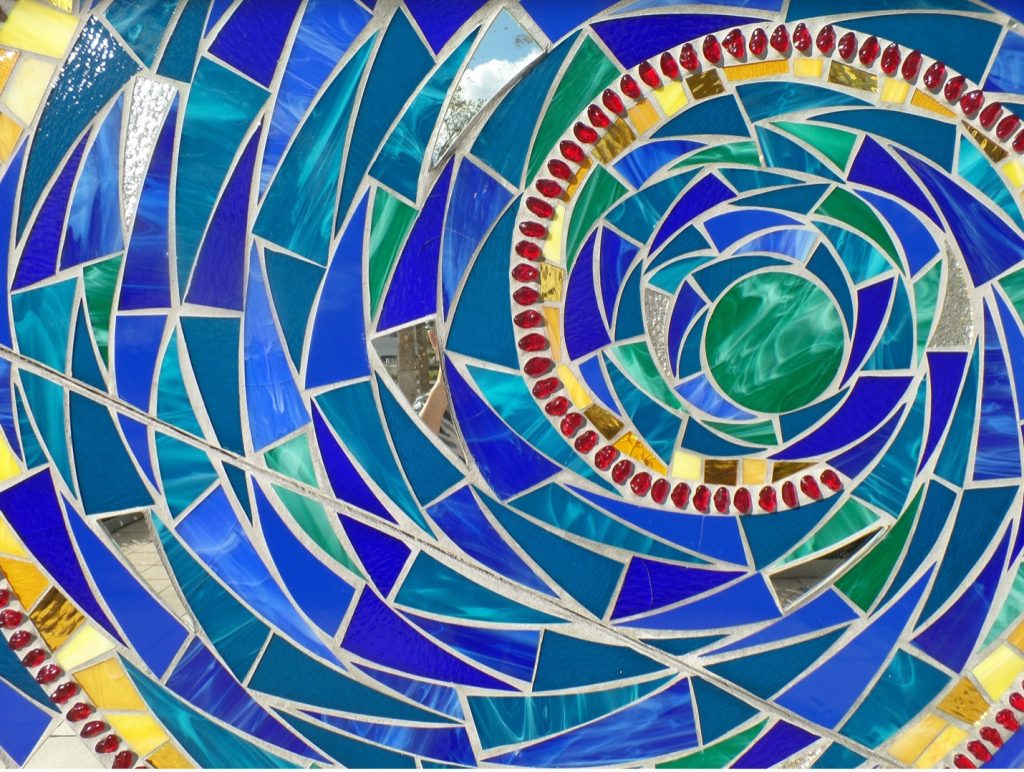 Image by Emmy for Pixaby

From its modest beginnings, the museum soon doubled its footprint with the addition of a second sculptural plaza, an outdoor movie theater, and a second warehouse that was refashioned into classroom and meeting room space. Two outdoor sculpture plazas, a speaker’s corner, an amphitheater, and a wildflower meditation garden also grace the space.

The Visionary is passionate about encouraging creativity in people of all ages and offers free, drop-in after-school workshops at the Enoch Pratt Free Library. The museum also partners with the Howard County Department of Aging and Arts Council to provide mosaic workshops for seniors.

AVAM has abundant resources for teachers. Downloadable lesson plans for grades K-12 are available on their website under the ‘Learn’ tab. The museum also has a video catalog of workshops aimed at educators to provide a deeper understanding of the museum’s collections, as well as ways to connect them to curricula in history, science, and other subject areas.

The Visionary Museum has been committed to social justice since its inception. It created an at-risk youth and incarcerated youth mosaic apprenticeship program which led to the unique decoration of the museum’s exterior.

AVAM is the type of museum you want to experience with others, and it is a memorable place to hold a personal event. Weddings are popular at the museum, with some 70 celebrations being held there each year. Bridal and baby showers are also a common sight at the museum. Venue options include the sculpture barn and garden, the Visionary Center, and the café. For small groups, the wildflower garden, spiral staircase, and café terrace are also available to rent.

If Baltimore is too far off the beaten path for you, you’ll be happy to know that you do not need to travel to enjoy it. Check out their virtual programs, including artist interviews, talks, and studio tours. You can also view documentaries portraying the life and work of visionary artists. The museum offers online workshops as well. Learn to make a sock monkey, crayon critter, night light luminary, imagination portrait, and more. Tutorials are available in English and Spanish.

With so much uniqueness on offer and conveniently located only an hour from Washington DC, the American Visionary Museum is well worth the trip.

Author Bio: Sue Seabury is a content writer at The Pearl Source. She is passionate about art, travel, and people, and loves sharing unique experiences with others.