Beyond Art At Victory Art

Beyond Art At Victory Art 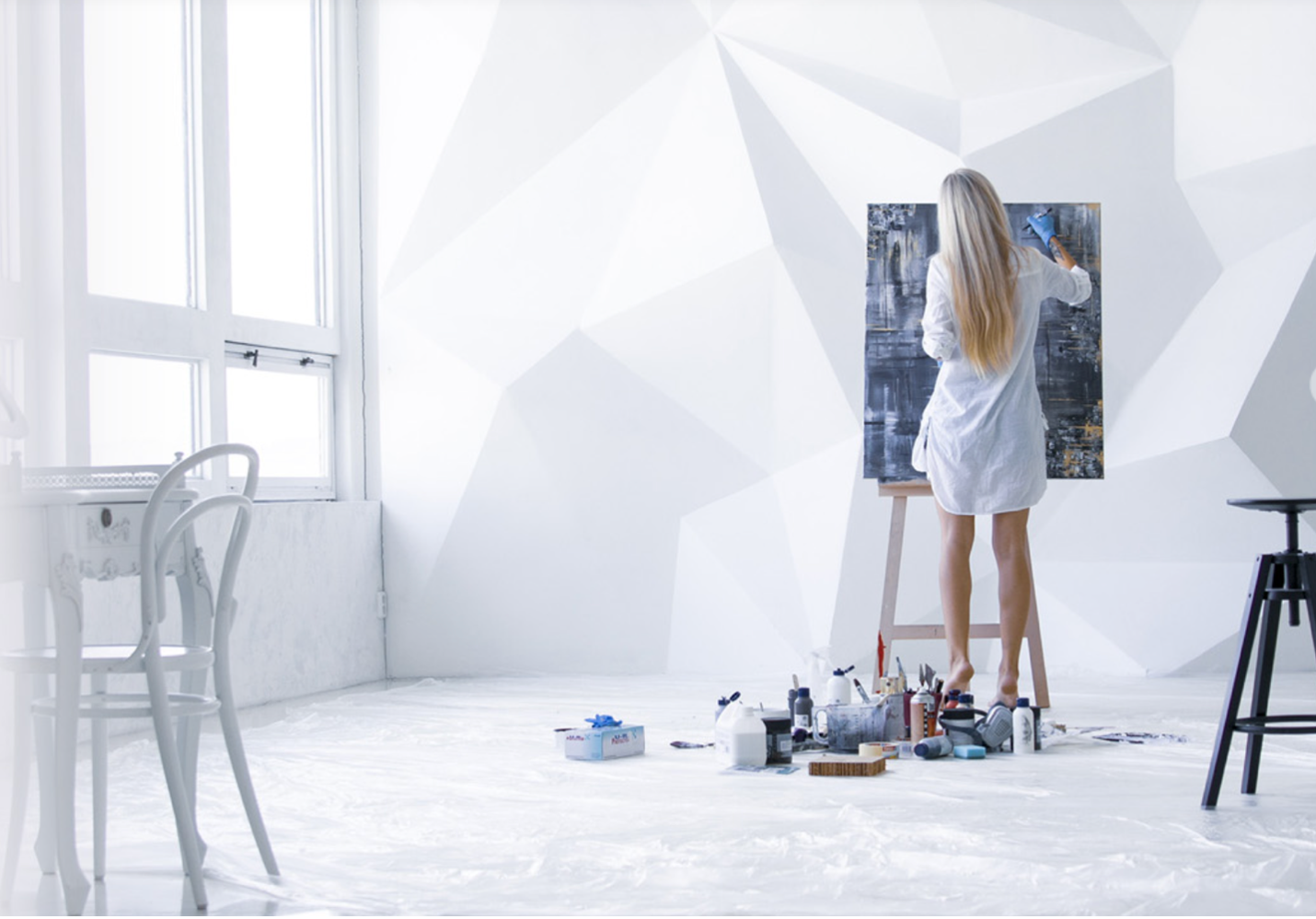 Victory Art is an art company representing, promoting, and managing emerging Eastern and Central European artists advocating for modern perspectives of Eastern Europe. As many of those artists lack mentorship as well as a platform to share their artwork, Victory Art aims to give them the opportunities they deserve, by taking on the role of manager, spokesperson, and talent promoter in the global art market.

Since it began in 2018, Victory Art has hosted more than 1300 artworks from over 80 artists on their website, plus showcased three exhibitions in Rotterdam, Amsterdam, and The Hague in 2019.

One of the exhibitions, hosted by Victory Art at the World Trade Center in The Hague, managed to leave all guests speechless. Everyone was enthusiastic about the artworks from the artists at the Maják Institution and the program Victory Art presented. Among the guests were the Slovak Ambassador and members of the Slovak Embassy. The event was a great success and the artists and their story piqued the interest of many in attendance, including the Head of the Dutch Senate.

Maják is a Slovakian non-profit residency that for the past 15 years has tended to individuals with deafblindness. They conduct art workshops for their residents to support their creativity while helping them overcome their disabilities. These artists, despite their limitations, demonstrate how conquering life’s hardships can result in impressive and gorgeous artworks.

Because of the great interest in the institution, the CEO of Victory Art flew to Slovakia to get to know Maják, and together they decided on a collaboration. Not long after the collaboration, they held an exhibition at the ABN AMRO Bank headquarters, supported by ABN AMRO, the Dutch Senate, and the Embassy of the Slovak Republic. 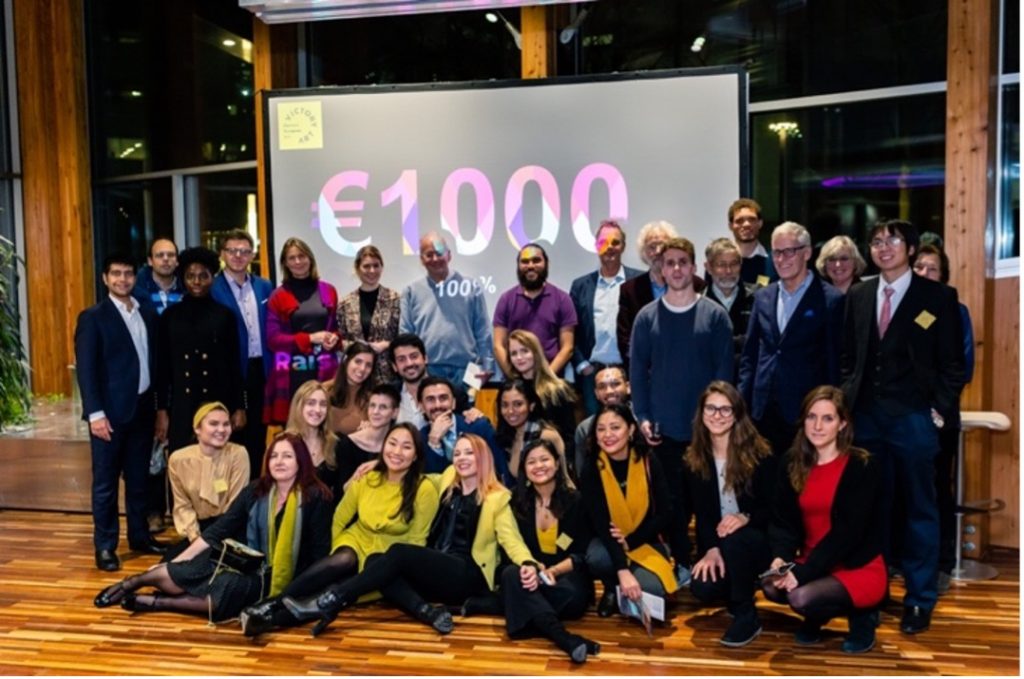 On November 20, 2019, Victory Art organized a special vernissage “TOUCH: Deafblind artists of MAJÁK” presenting the artworks of the artists of Maják. The opening was attended by artists, critics, historians, and members of the press. One of the highlights of the event was the donations for Maják’s programs Victory Art was able to collect. Therefore, thanks are due to Holland Park Media and all the participants of the exhibition for the success of the exhibition and the donations to support Maják.

While admiring the artworks, everyone kept wondering how the artists could create such art despite their impairments. To answer some questions, Richard Bennaars, artistic director of Galerie Atelier Herenplaats, Ariane Mellink, art consultant at AM Art Management, and Viktória Pikovská, founder of Victory Art, sat down with Arthur Van De Graaf, founder of Getting a Crowd, to discuss Outsider Art. Here is a portion of their conversation:

Arthur: “Why do you want to want to make art more accessible for these artists?”

Vikoria: “Because I truly believe that they deserve our attention and admiration. What they create is actually the purest form of art. Many artists are creating artwork to be truly free and to create art about how they feel. Despite their disadvantages, the artists at Majàk are still able to achieve something that others strive to achieve their whole life.

Viktoria: “Definitely. According to the research we do at Victory Art, we see that millennials are more focused on diversity and inclusion and bringing real impact to society. I think that by supporting and allowing the Maják artists and others to be an amazing part of our society, it fosters acceptance and inclusion.”

Among the artists whose works of art were presented at the art exhibition in Amsterdam are Kristína Fašungová, Peter Hruška, Juraj Baláž, and Martin Kovalík. 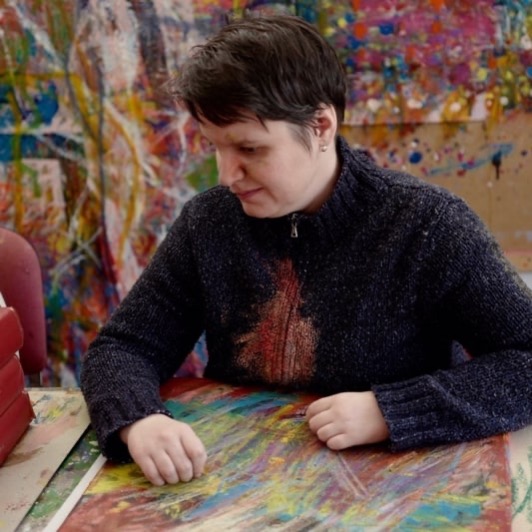 Kristina moved to Maják at the age of 33 and settled in immediately. She is an expressive resident who can communicate with others using a variety of symbols. Easily straying from her emotions during art therapy sessions, she finds both peace and an aesthetic stimulation in the reflections and texture of the canvas. A radical painter, she paints with her whole body. From the colors on her whole body, she feels the stimulation that surrounds her. 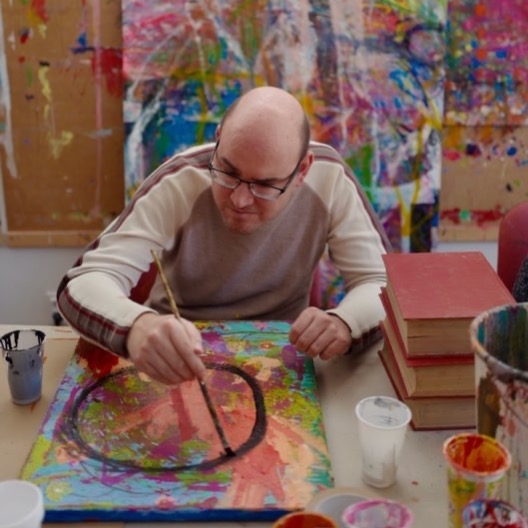 For Peter, Maják is a place that he considers his home. He is a rather reserved resident and plans his daily routine almost exclusively around his paintings. Peter is enthusiastic about his art therapy sessions and enjoys other activities such as walking in galleries and visiting nature. Even though he has a visual and hearing impairment, he is endowed with a good memory enabling him to memorize his experiences through an imaginative perception of the outside world that comes out in his artwork. 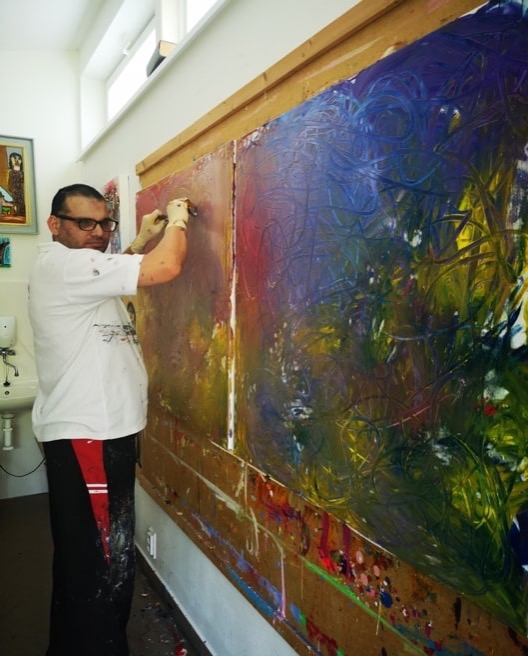 Juraj describes himself as a self-confident resident, but rather a loner. His poor eyesight prevented him from learning to paint for a long time, but when he came to Mayak Juraj finally found a place where he could be complete with himself, relax and reflect in peace. Although he sometimes exudes an explosive and stubborn nature, he is a very caring and protective person who often helps others run, play and eat. His caring and confident personality is equally expressed in his spiritual canvases. 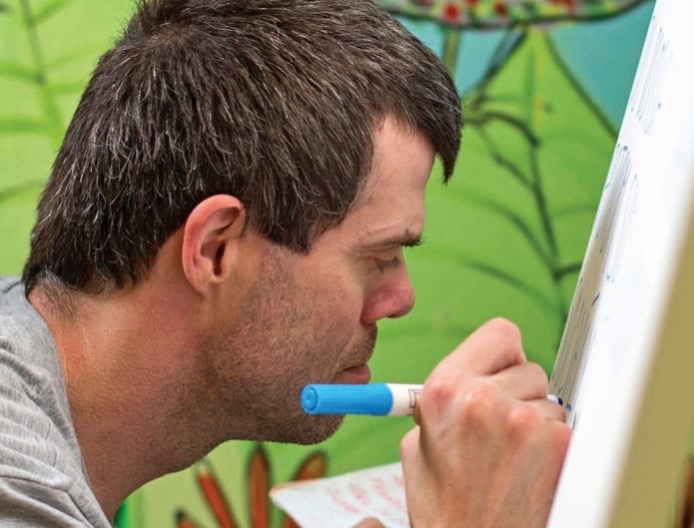 Martin came to Maják with hearing and vision impairments, which means that he can only hear white noise and has blurry vision. This made non-verbal communication much more difficult for him. In addition, he can move neither his hands nor his knees properly, which makes it difficult for him to perform daily activities independently. Despite this, Martin maintains a sense of humor that always amuses his classmates and caregivers. 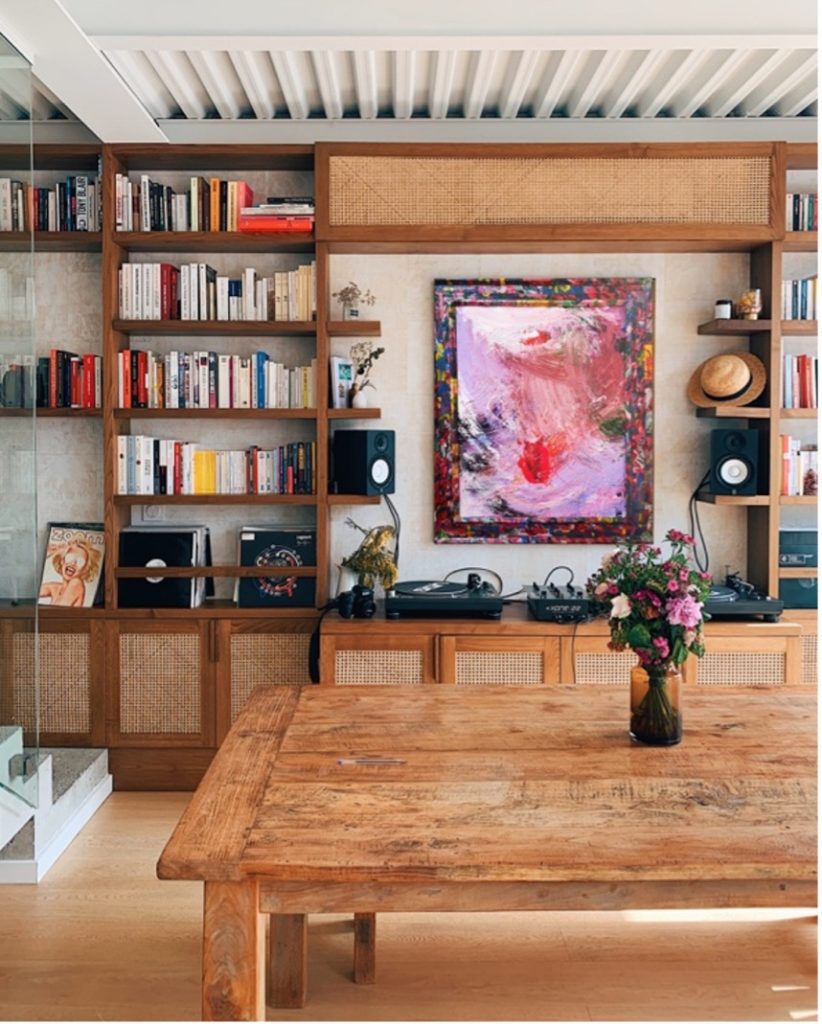 Those who claim that creating art is easy, perhaps have not looked deeply into it. The most honest kind of art requires not only technical skills, but also heart and introspection. The thing that inspires and guides Maják’s artists is not the idea that the artwork must “look good.” They focus on putting their happiness as well as their pain, and everything possible, on canvas. Therefore, Victory Art has made it its mission to make art accessible to everyone and to show people how important art is to the human experience.

Intending to change outdated stereotypes and build new perceptions, Viktória Pikovská set out to build a platform capable of promoting and managing talents who truly deserve respect and spotlight. She founded Victory Art in 2018. By tailoring the company to the world’s fast-paced development, Victory Art makes it trustworthy, flexible, affordable, and possible for every corner of the world to access and discover artists from Central and Eastern Europe, a region that hosts many misunderstood and underrepresented voices and talents