Museum of Wild and Newfangled ..

Why Leaders Need to Remember T.. 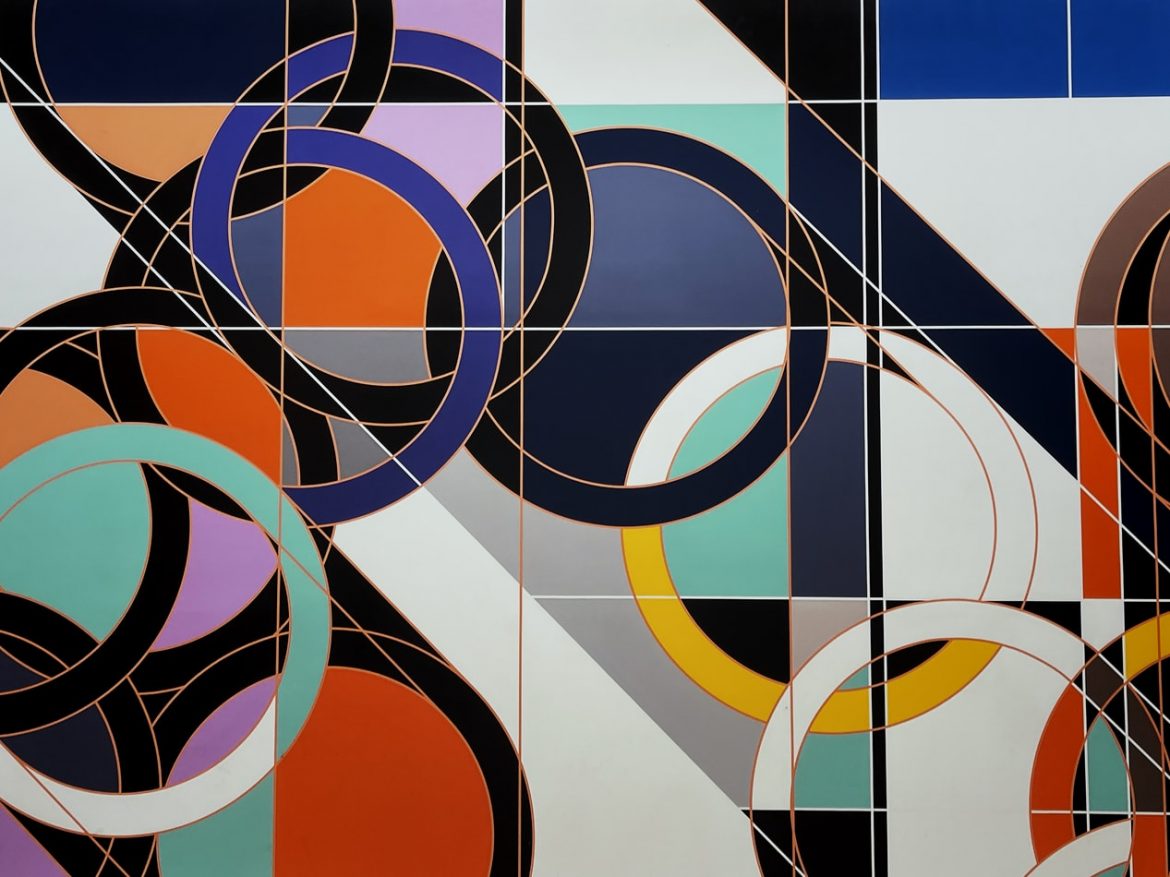 Advances in technology during the late nineteenth and into the twentieth century allowed people from European countries faster and more frequent trips to other areas of the world. The colonization of Africa, India, and other areas meant there was a lot of trade going on between them and Europe. This resulted in large-scale exposure to their cultures as well as their art styles, as many museums opened up to exhibit objects brought back from these places. Advances in ship technology allowed larger groups of people to go to these colonies and bring back more artifacts.

Of course, the reason for colonization of these places had more to do with the industrialization of Europe and a need for their resources than a desire to learn about their culture or art. Colonization meant taking over an area and changing their economy, religion, and social structure. Social Darwinism justified their actions as they considered these people lower in the evolutionary hierarchy and therefore more primitive than themselves.

Some Europeans were beginning to branch out their way of thinking, especially artists, and we’re looking for something different to explore rather than copying the old masters as generations before had done. Their belief in themselves as the top of the food chain, as far as social Darwinism was concerned, meant they justified their actions in taking whatever they wanted from those they colonized or other countries they deemed “primitive”.

Modernist artists wanted to create something different from what was generally accepted by the academia of the time, and primitive art was the way to go.

Why Steal from Other Cultures?

The Western world was changing, ideologies such as capitalism and communism were rising and falling, and artists were responding to the changes by expanding the definition of art. Why did artists turn to these other cultures for inspiration in their artwork?

During the early twentieth century, many of the perceived attributes of tribal cultures and pre-Christian religions were also on the minds of Europeans, such as uninhibited spontaneity and sexual expression. Was Primitivism a way to express discontent with expected European social behavior? Dissatisfied with the limits of European art, artists enjoyed a fresh view of the art of primitive cultures, finding a sincerity they had lost.

However, the cultures that these Europeans idealized were not ones they knew a lot about. They developed a simplistic understanding, structured by the primitivist’s desires, their lack of knowledge of other societies, and racism. Did artists also fall into this category, inspired by a simplistic view of native art?

Although Modernists used the motifs of colonialized indigenous peoples as inspiration for their break from European traditions, did they impose their meaning to the artwork they were affected by? To take a cross, the symbol of Christianity, and use it inappropriately or casually in a painting might offend some people of that faith. The reason Western Modernist artists did not think twice about appropriating other culture’s images into their art was because of the primitive label they had given them, in response to Europeans’ belief in their superiority. 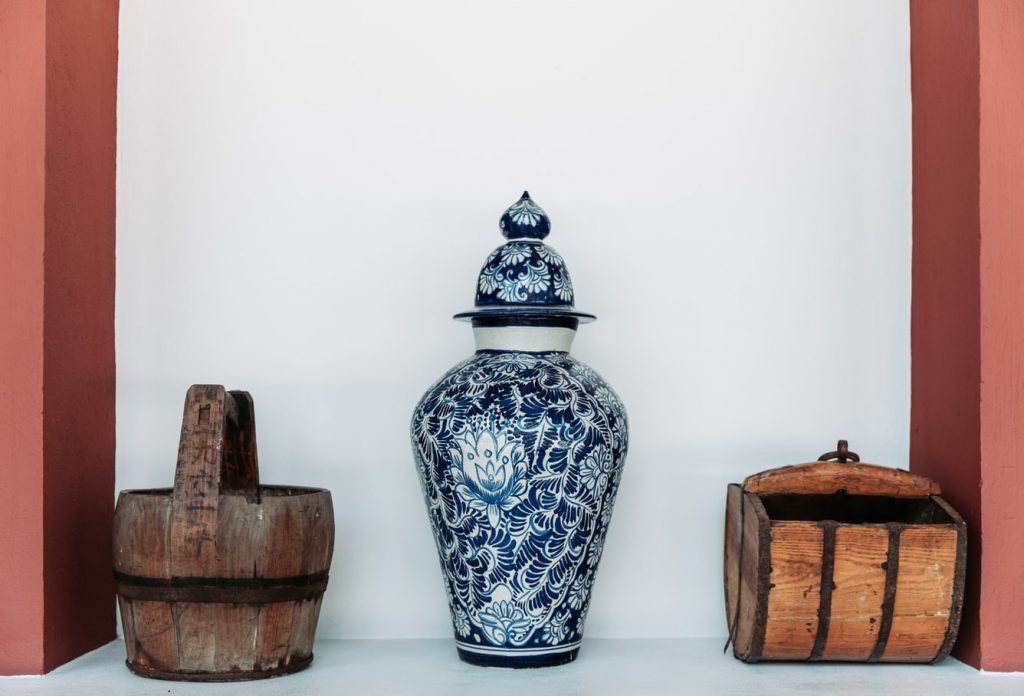 What Made it Primitive Art?

Primitive stylistic traits, as defined by Europeans of that time, included simple outlines, symbolic signs, distorted figures, and repetitive patterns. Copying these things into their artwork didn’t make their finished products African or Asian, but it did make them very different than traditional European art that was acceptable at that time.

Credit Where It’s Due

Does the inclusion of other culture’s motifs create an entirely new style or genre of art, or do we simply continue to call it European art because of the artist’s nationality? Picasso’s Les Demoiselles d’Avignon is not completely African, but it isn’t completely European either. Yet abstract art and cubism are accredited to Western evolution.

African masks, for instance, with their non-realistic and symbolic human or animal forms, had been using abstract shapes and forms before this time but did not achieve the status of changing history as cubism artists did after copying their style. Is this because Africa was not considered as evolved by the Westerners of the time? If Europe had invented the fork, only after seeing it used in one of their colonized countries, would it still be attributed to them? This is a part of cultural appropriation where not only does the dominant force adopt an element from a subordinate culture, but also receives credit for it.

During the Kaei era in Japan, foreign merchant ships began to visit the country, ending their national isolation, and exposing European artists to their style of art. Japanese woodblock prints were easy to reproduce and distribute and became a strong influence in modern art. Certain aesthetic properties were of particular interest to European artists such as the presentation of space, off-centered arrangements, vibrant colors, and light with no shadows.

As well, the subject of many of the prints included everyday life themes, which corresponded with the Realism movement of the late 1900s. This movement, as well as others after it, was inspired by the Japanese use of flat color in large areas of their prints, with limited graduation, which technique drew attention to the surface of their artwork. Realists used various techniques to promote pictorial constructions rather than illusionism in their paintings including rough brush strokes and textured canvas surfaces.

Henri Matisse’s Red Room and Paul Gauguin’s The Vision after the Sermon both contain large areas of flat red color. How much they were influenced by Japanese art? Again, Western artists saw things in these foreign prints that they liked and therefore began emulating them. Can the resulting art still be considered completely European, even though the artists were? 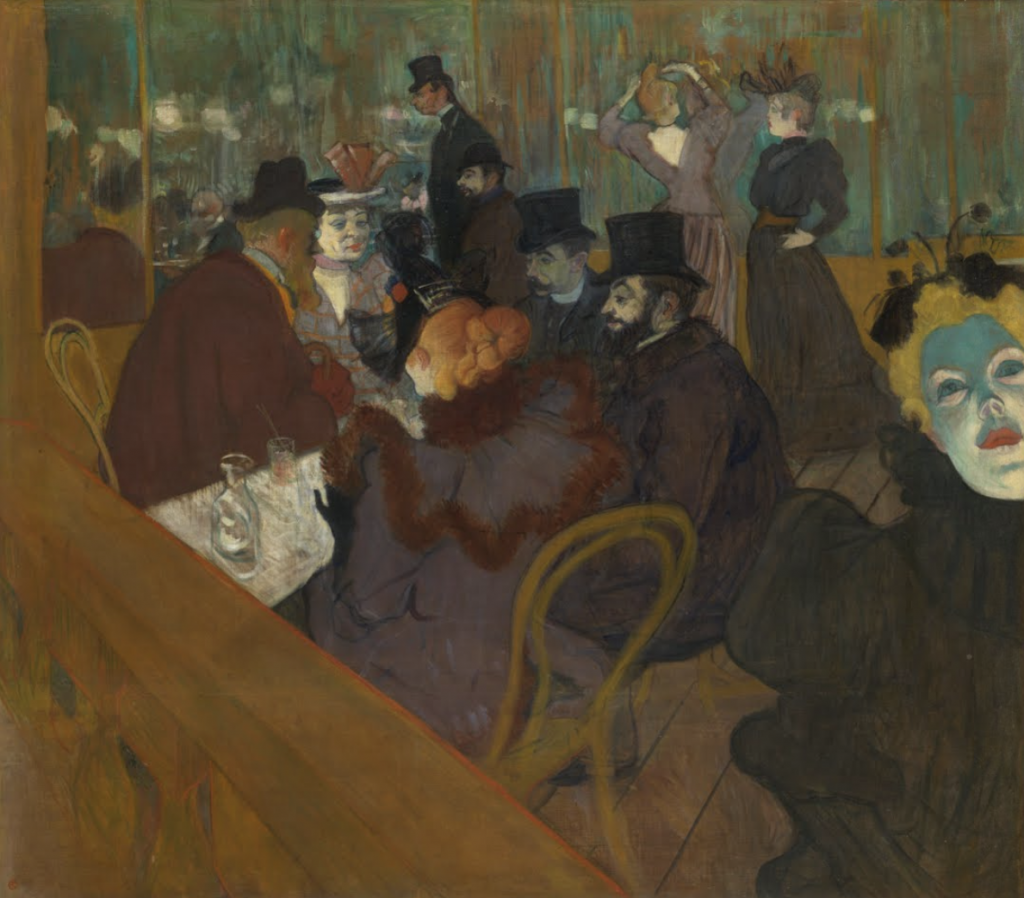 At the Moulin Rouge, Henri Toulouse-Lautrec

Henri Toulouse-Lautrec was influenced by Japanese prints, as seen in his painting, At the Moulin Rouge. We can compare it to the woodblock print of Japanese artist, Yoshiiku. They both have similar spatial diagonals and strong line patterns, especially in the background. These motifs are what make this painting interesting and noteworthy. The half shown figures, the colors (especially the bright green on the woman’s face), and the background, all could be inspired by Asian or other cultures’ artwork. The woman with the green face reminds us of a mask, perhaps an African mask. Perhaps it was a reference to her social standing as compared to colonized indigenous people, in the hierarchy of social Darwinism. Other artists who also used Japanese aesthetics in their artwork include Vincent van Gogh, Paul Gauguin, and Degas.

The Art Nouveau artists liked the decorative quality of Japanese images, with artists such as Aubrey Beardsley incorporating their style into his artwork. His illustration, The Peacock Skirt, has the same graceful curving lines and delicate patterns as Japanese prints. Comparing his use of natural patterns and imagery to Japanese woodblock prints, with their strong line elements, could also have influenced his choice of focusing on line drawing.

Other Cultures That Were Stolen from Africa and Oceanic Colonies 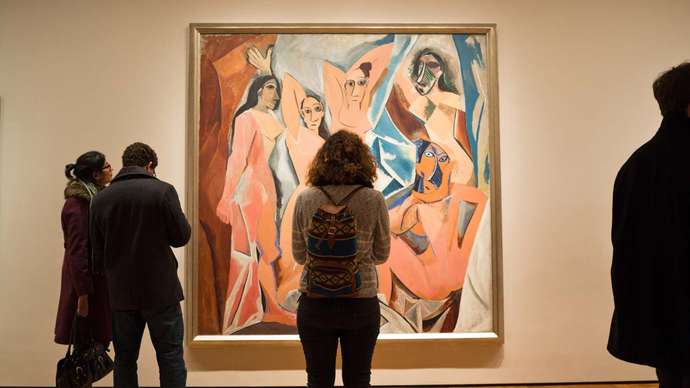 Pablo Picasso’s Les Demoiselles d’Avignon, incorporated elements from other cultures. Some of the women’s faces were based on African or Iberian sculpture, which may also have represented their status in society (women working in a brothel) as equal to the primitive colonized peoples, according to the social hierarchy of the times. Picasso collected African and Oceanic artifacts, like many people of that time. Did people’s collections emphasize their feelings of ownership of the art and serve as permission to copy such motifs? Also, because of the anonymity (artists of Africa and the Oceanic did not always sign their pieces, and were not singled out by Westerners) of their artwork, and because it was labeled Folk Art, did European artists have an easier time rationalizing their plagiarism? 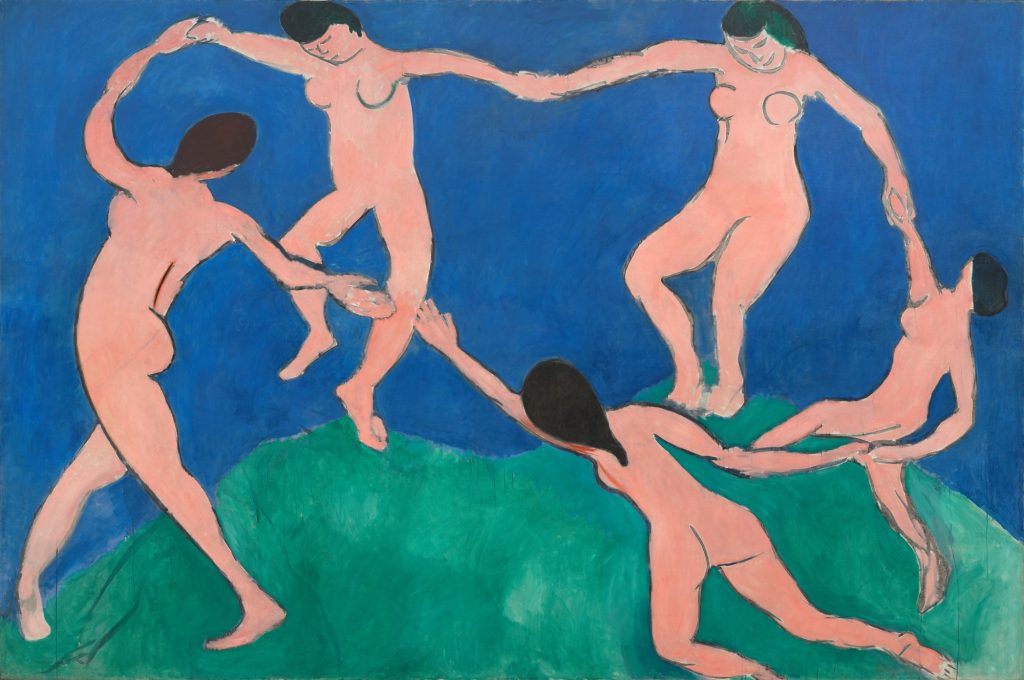 Henri Matisse was another artist influenced by African sculpture. He found that African art techniques of simplification increased emotion without always being realistic. This description could also be used for other modern art movements such as cubism and abstract art. Some of Matisse’s works show simple structures and lines. La Danse, from 1909, with nude figures dancing, painted with little detail or attention to proportions, makes us think of a tribal ritual or dance. Was this painting in some way showing a celebration of nature? Was Matisse celebrating his new freedom in creating artwork that rejected the conventional models?

Artistic Movements That Were Influenced by Other Cultures

Other artistic movements affected by other culture’s artwork were the German Expressionists, the Dadaists, and the Surrealists. All incorporated stylistic elements from the artifacts of Africa, Oceania, and the native peoples of the Americas.

Cultural appropriation is the adoption of some specific elements of one culture by a different cultural group. The use of another culture’s art as inspiration or a guide for artists trying to break away from conventional European art would fall into this category. The artifacts shipped to Europe after colonization could have been important religious or sacred items for the indigenous cultures. Western colonizers of that time did not respect such local traditions and generally attempted to convert their settlements to Christianity.

However, the term cultural appropriation does not seem completely correct in the aspect of art, since it suggests that their culture was stolen from them. Can a place’s culture be stolen through sculptures and artifacts? Other actions on the part of Western colonizers crushed and replaced indigenous cultures, confirming that stolen artifacts alone do not doom cultural survival.

As well, European artists did not integrate the same meaning behind the stolen artifacts into their own culture (the religious or traditional beliefs or uses), rather the Modernists generally just used the motifs they liked. Perhaps exploitation would better fit the European’s actions. They used the aesthetics of another culture to their advantage and ultimately received credit for it. However, the ideas and images of Modernists might not have been explored if not for the colonization of other countries, and the exportation of their art and artifacts.

Perhaps it is not wrong to borrow motifs and ideas from other cultures, as long as respect is paid to their origins and permission is obtained. We are inspired by everything and everyone around us, but we should be careful not to use our advantages to appropriate other people`s or culture`s ideas in a way that they would not approve of or without giving credit. These works were also used in a propaganda sense, as they showed Europe’s dominion over their colonized areas. This wasn’t a new idea, as art has been used as propaganda throughout history.

About the author: Diane H. Wong used to be a business coach. Besides, she is a writer at DoMyWriting where she prefers to spend her spare time working out marketing strategies. In this case, she has an opportunity to share her experience with others and keep up with advancing technologies. 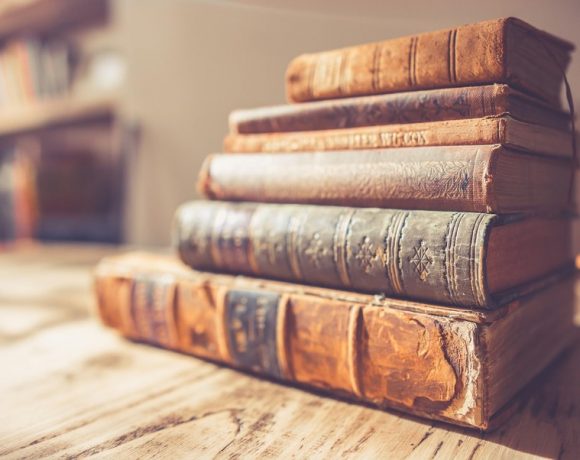 Top 5 Books to Studying the History of Art 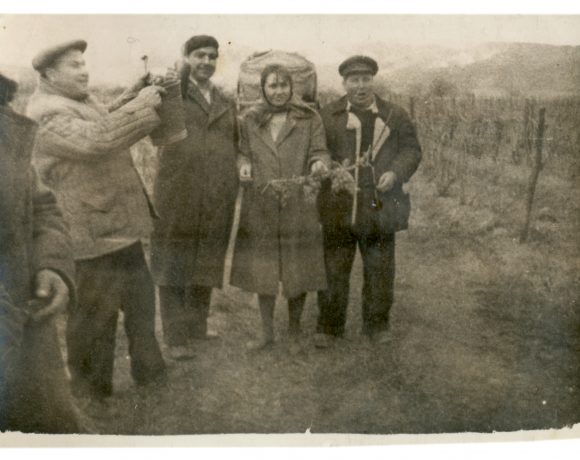 Art History and Learning: A New Way to Understand the Future