Hey Cities! Got Space? How Abo.. 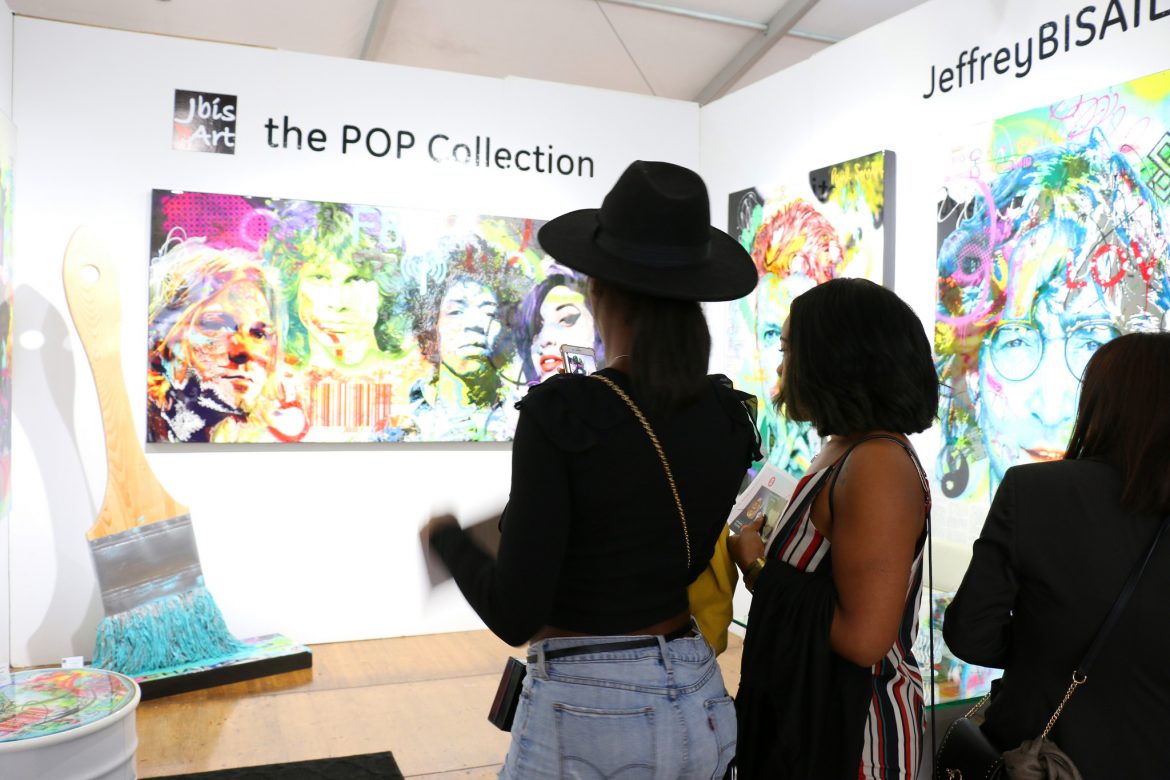 Determination, drive, and creativity are key components that can make an artist successful. Finding the avenues to create an art career can often be the challenging stumbling block. It was 2009 when Jeffrey Bisaillon first decided being in an art show might give him and his art the exposure and lift needed to catapult his art career dreams.

Artexpo New York 2010 was the show, and with a small [SOLO] booth, he leaped onto the global art scene. Sure, it was New York—the heart of the American art market—but his art was distinctive and he was confident it would get noticed. Getting ready to celebrate his 10th Artexpo New York in April 2019 with a booth in the main Artexpo Pavilion, he still exudes a quiet confidence. Maybe even more so given that he is now represented by galleries across the globe, has a long list of art influencers as collectors, and designers, architects and decorators consistently seek out his work.

And there’s a new wrinkle to Jbis Art. The newest Jbis Art Collection, a creative collaboration between Jeffrey and his brother Michael, debuted at Spectrum Miami in December and sold out at the show. It’s no surprise then that we wanted to know more about what was happening with the new direction and collection and how they were preparing for this year’s New York show. Here’s what they told us:

ABN: Let’s start at the beginning. When did you first become involved with art?

JBIS: Jbis Art has always been the vision of both of us, Jeffrey and Michael. While we have been producing art for over 20 years in many genres, we have also endeavored in other careers. Jeffrey has been both a baker and a contractor; Michael a graphic designer. It was in 1996, while living together in a house in Austin, that we decided to create some art to hang on the bare walls. And the artful collaboration began. 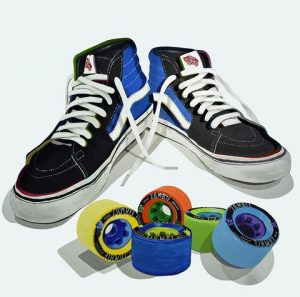 Off the Wall- Visage Collection 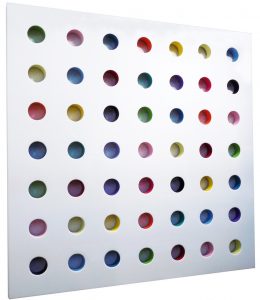 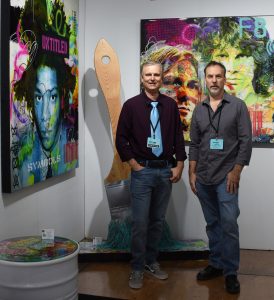 ABN: Tell us the evolution of your art from the past until today. What’s different today than what you imagined when you turned art into your career?

JBIS: Jeffrey has always been intrigued with the abstract and has been painting abstracts for many years. Michael has always connected with symbology and thematic elements in pop art. In 2010, at that first Artexpo, Jeffrey showed his Modern Simplicity Series, which was a deviation from everything he had done previously. He set out to develop a series that was extremely modern, a perfect fusion of art and design. It gained traction and led to the Modern Visage Series, which utilized the idea of cut-outs or cutting through the three-dimensional space of the Modern Simplicity Series. Modern Visage also gave homage to iconic people or brands that we all admire and hold deeply.

As work on the Modern Visage Series continued, ideas began to emerge involving Jeffrey’s love of the abstract and his keen eye toward modern art and design paired with Michael’s love of symbology and the digital art process. Every idea and style of art the brothers have had a passion for would come to fruition and pave the way for the creation of the POP Collection.

We like to explain it this way: Before photography, artists painted the world around them. After photography was invented, there was no longer a need to document the world with art, which allowed a major boost in the creativity of artistic works. With the invention of the digital process, art is once again undergoing a massive evolution that is taking creativity to an even higher level. We believe artists should use all of the amazing tools available today and combine them with the processes from the past. Incorporating the digital process is the main difference in Jbis Art today that neither of us could have imagined at the beginning.

ABN: What inspires your work? Where do your ideas come from? An artist, a culture, a period of time?

JBIS: Our grandfather was a phenomenal landscape and wildlife painter, and his brother was an illustrator. Art runs deep in our family; art classes were always our favorite classes in school. We are both inspired by Jean Michel Basquiat and Andy Warhol. Jean Michel’s unparalleled creativity and use of symbology and social commentary in his pieces was simply amazing. As a leading figure in the pop art movement, Andy’s use of branding and celebrity has obviously had a big influence on us.

At the current moment, we are heavily inspired by the pop culture history of today and the mid-20th century. Some of the things that inspire our art pieces are: 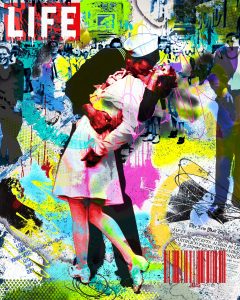 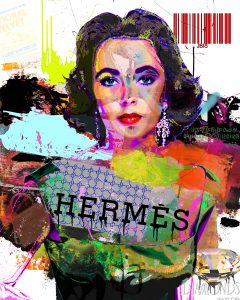 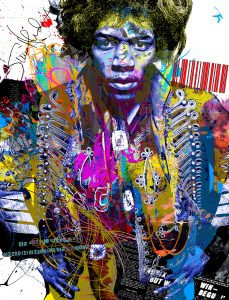 ABN: Tell us about working together. How did that begin and what success have you had together based on the collaboration?

JBIS: We both have our strengths, and when we collaborate and produce pieces together, they are so much better than either of us working alone. Our exhibition at Spectrum Miami this past December was our first sold-out show to date and the first show where we exhibited the POP Collection and marketed ourselves fully as the Bisaillon Brothers. We also now have an international following for the POP Collection, with many pieces being exhibited currently in the Netherlands and Great Britain.

ABN: Why the Pop Collection? What is the process? How did you come to discover the process and what draws you to it?

JBIS: While working together on the Modern Visage Series, we began to envision a body of work that was more than a new series but an entire collection that incorporated all of the artistic strengths each could bring to the table. This new collection incorporates many mediums, technologies, and procedures. After more than a year of refinement, this process has evolved to combine acrylic painting on hard panel and canvas, mixed media, digital photography, and graphic design.

At the same time the new collection was emerging, we realized that art in general was evolving past traditional norms and that exciting new digital technologies were going to define art of the future. Realizing digital art on its own is not as compelling as the organic nature of paint on canvas, a new process was needed and this idea fueled us in creating the multilayered, mixed media approach of the exciting new POP Collection.

ABN: What are your plans and goals, both immediate and for the future?

JBIS: Currently the Pop Collection is our primary focus. With over 30 pieces in the collection produced to date, we have many ideas and plans to make it more unique and brilliant. And, of course, there will be new pieces ready for our 10th-anniversary show at Artexpo New York 2019 this April!

For more information on the POP Collection, visit www.jeffreybisaillon.com or visit them at Booth 148 at Artexpo New York 2019, April 4–7, at Manhattan’s Pier 90. 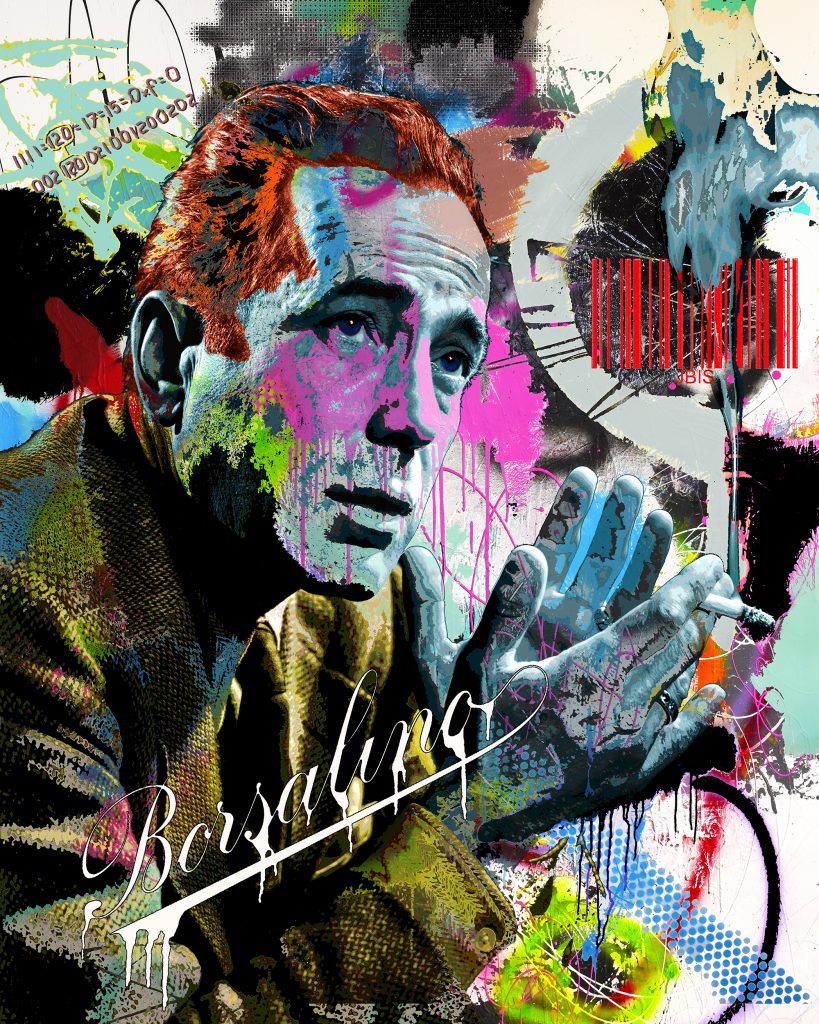 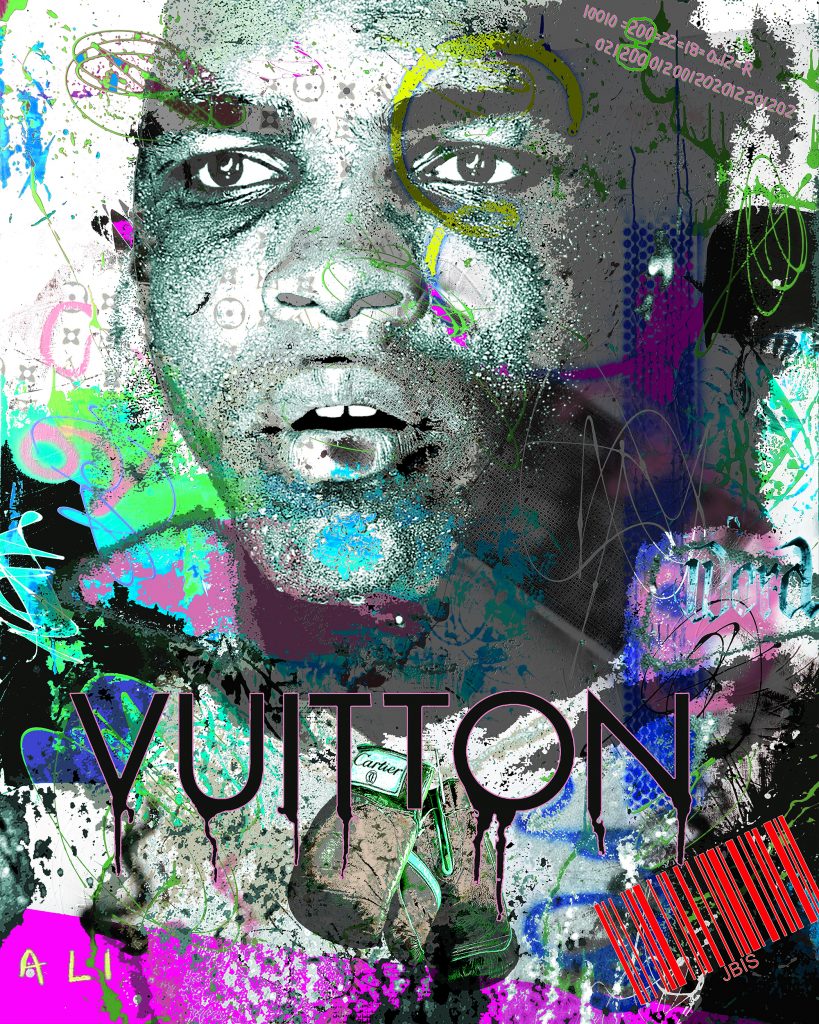