Top 5 Tips to Dazzle Your Visi.. 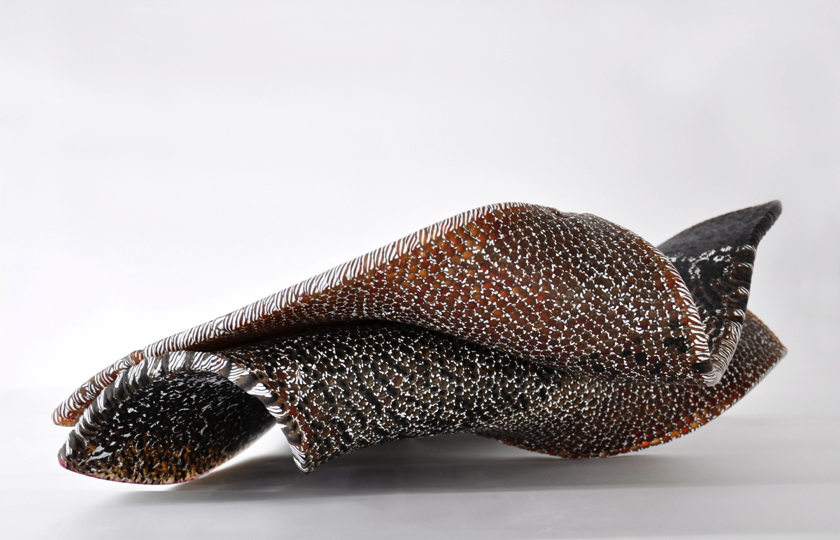 Anjali Srinivasan was first seduced by the medium of hot glass during an internship at a crystal company as part of her formal education at the National Institute of Fashion Technology, a design school in Delhi. Drawn to the “magical, fluid, molten glow of glass,” she went on to study glass and digital media at Rhode Island School of Design and has been experimenting with glass arts ever since, often transforming the material into something that doesn’t look or behave like glass.

Whether introducing glass fragments on a print, thereby blurring the line between image and physical object, such as in Impossible Objects #4, or casting a hybrid material she developed called puffy glass, Srinivasan’s experimental contributions to the field are undeniable. In October 2017, an international panel of glass experts awarded the University of the Arts’ fifth annual Irvin Borowsky International Prize in Glass Arts to Srinivasan. Given each year to an artist whose work is conceptually daring, exemplifies technical skill and innovation, and advances the field of contemporary glass, the Borowsky Prize validates Srinivasan’s ability to discover, access, and restructure fundamental information held in a material, situation, technology, or history through a variety of ways. 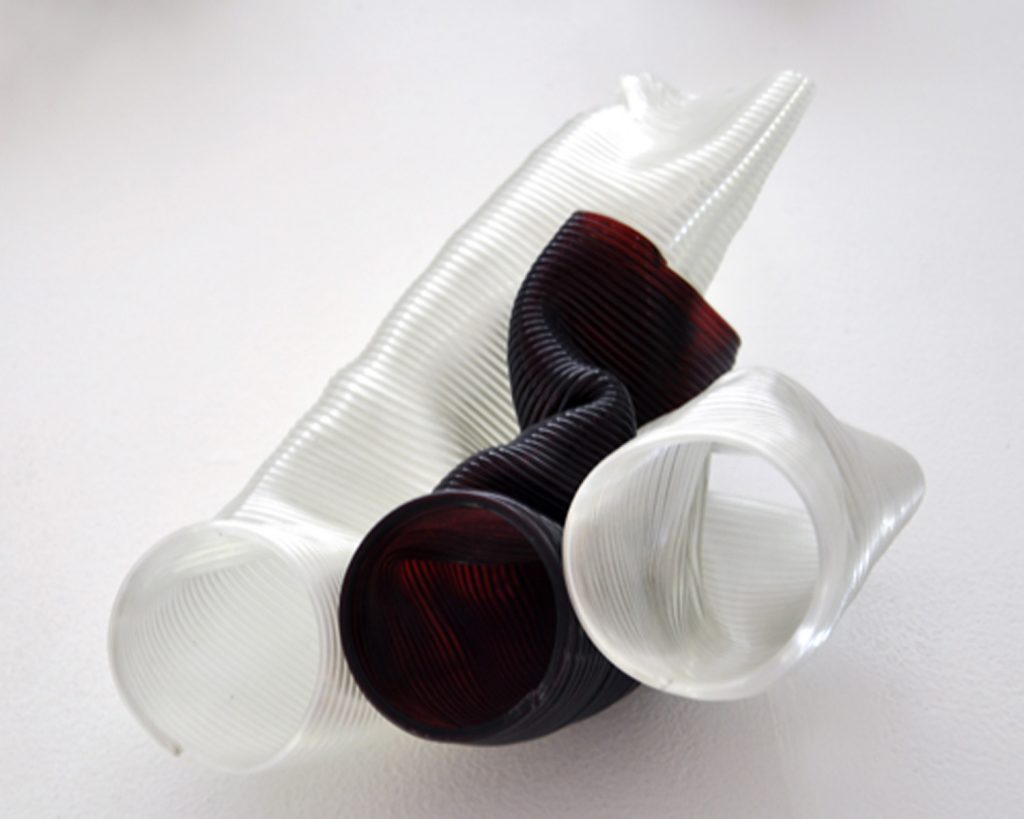 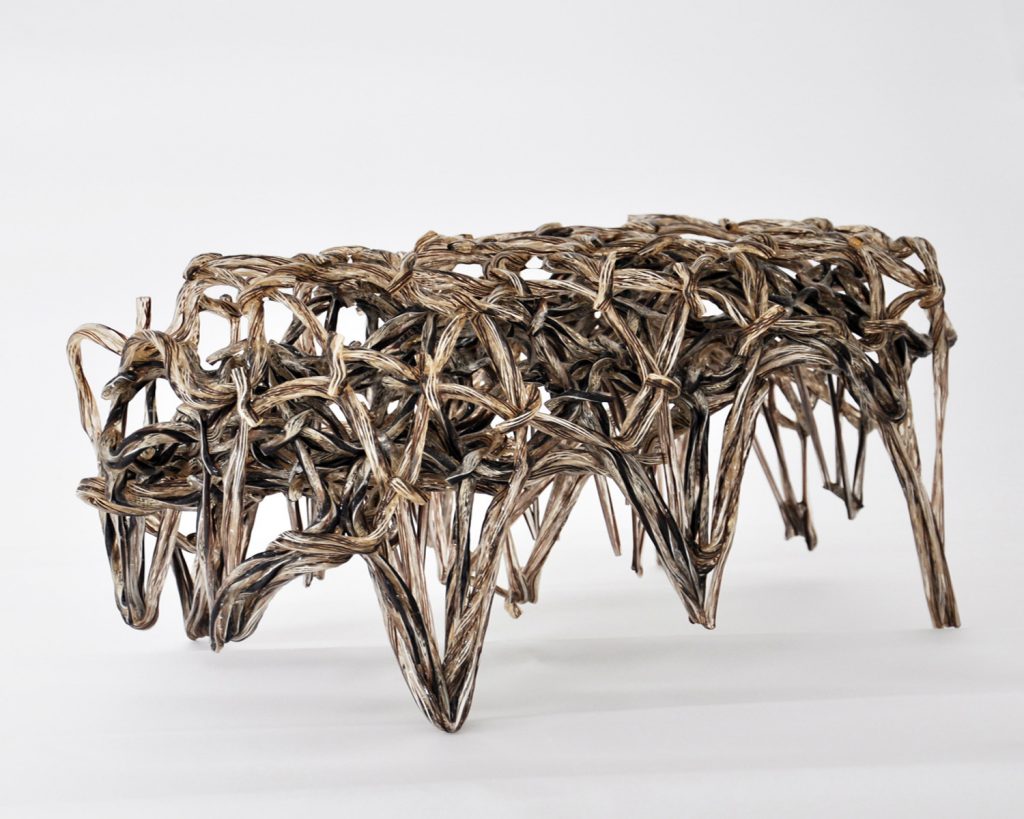 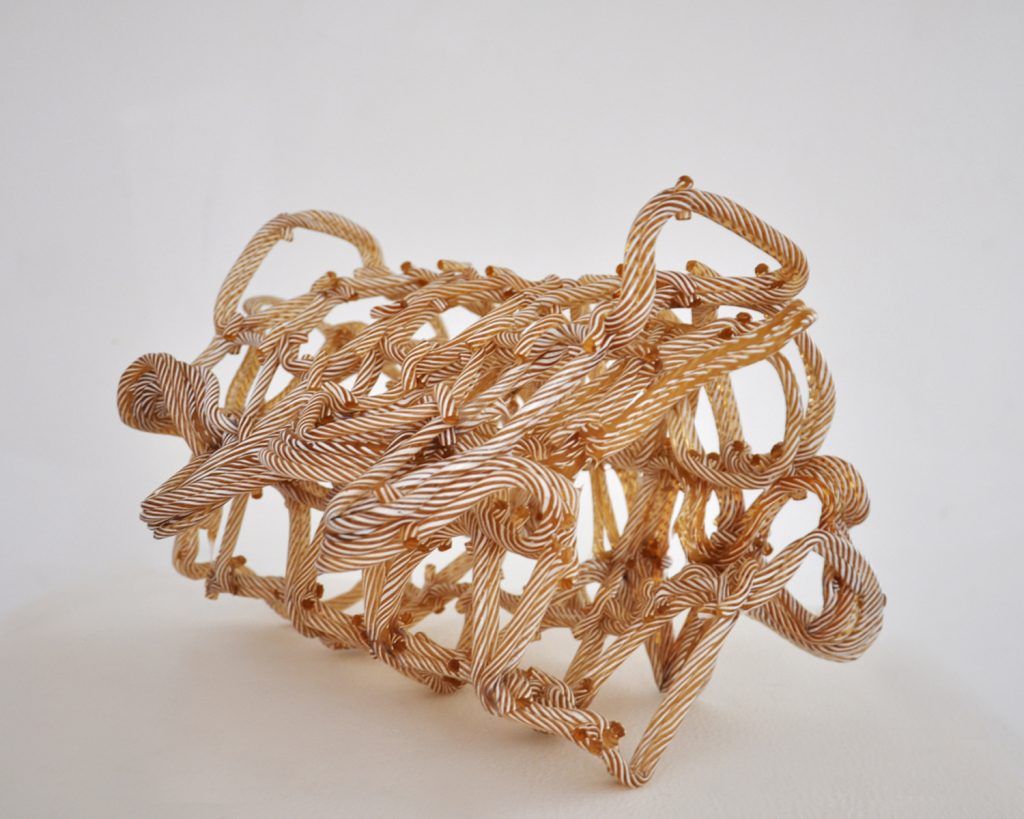 “Experiments, usually responsive entities, exhibit unusual behavior or interact with their environments unexpectedly,” Srinivasan says. “I make toys, tools, devices, and installations, which are incomplete without human presence. They remain unfulfilled without human participation, erode and multiply with time, and implicate the human body in their framework in different ways.”

For example, a large skin of crystal glows with the warmth of the human hand as it is touched, a self-supporting arch made of glass filaments is flame-worked entirely by passers-by, and a dying tradition of glass bangles looks to the human hand to reconstruct its language.

“I want my objects to need a human to complete it, to activate it, to engage with it, to erode it,” she says. “The experiential is how I establish a relationship with those not privy to my studio. It’s my way of engaging with the world.”

The Borowsky Prize carries with it a $5,000 award and a lecture at the university, which Srinivasan presented Nov. 9. In addition to teaching at the Massachusetts College of Art and Design in Boston, Srinivasan founded and directs ChoChoMa Studios in Dubai. “The prize will feed critical material R&D on a project that’s been on hold for almost 10 years,” she says. 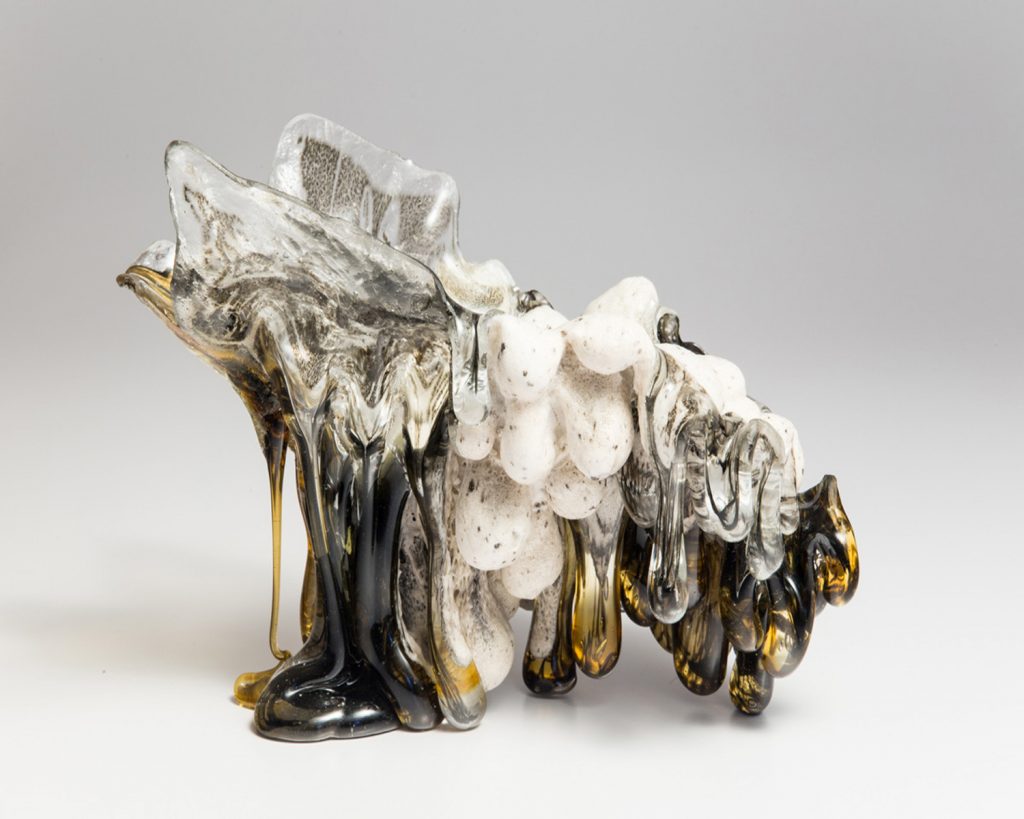 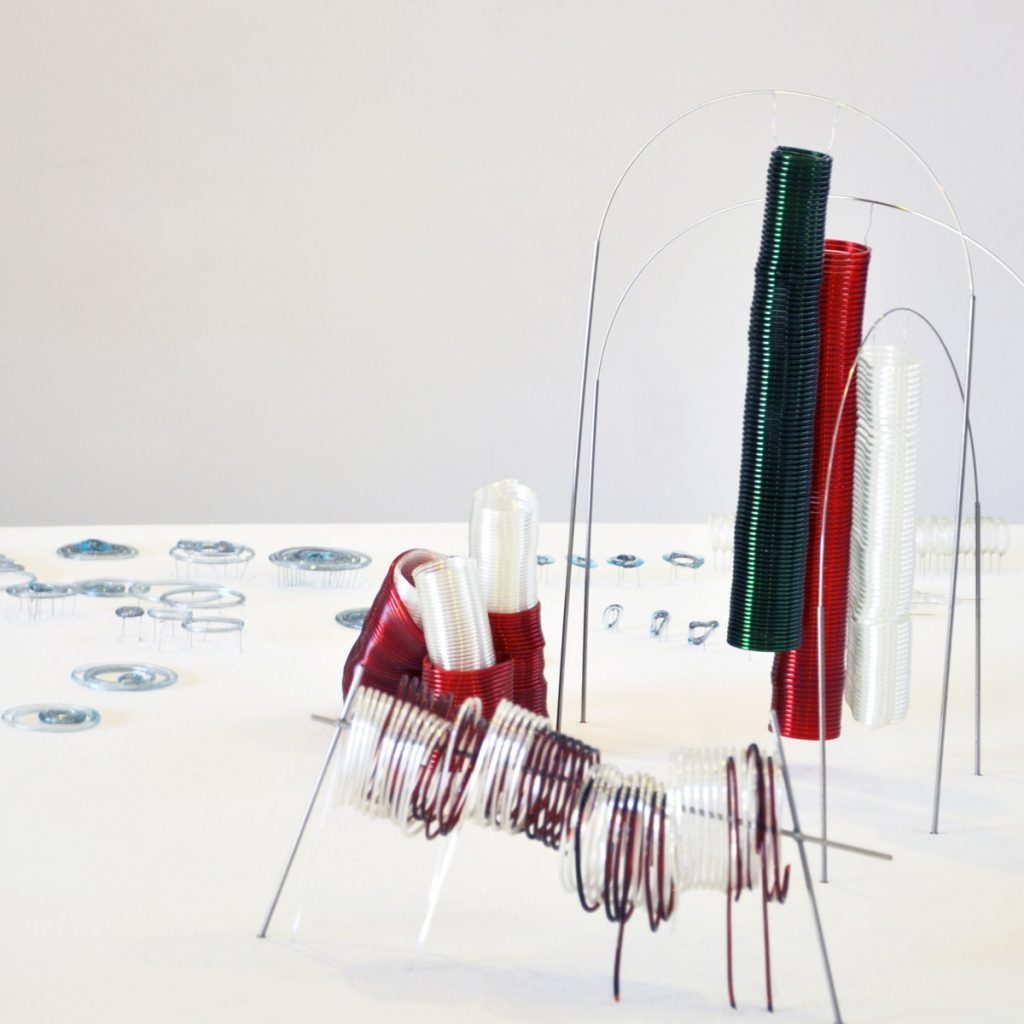 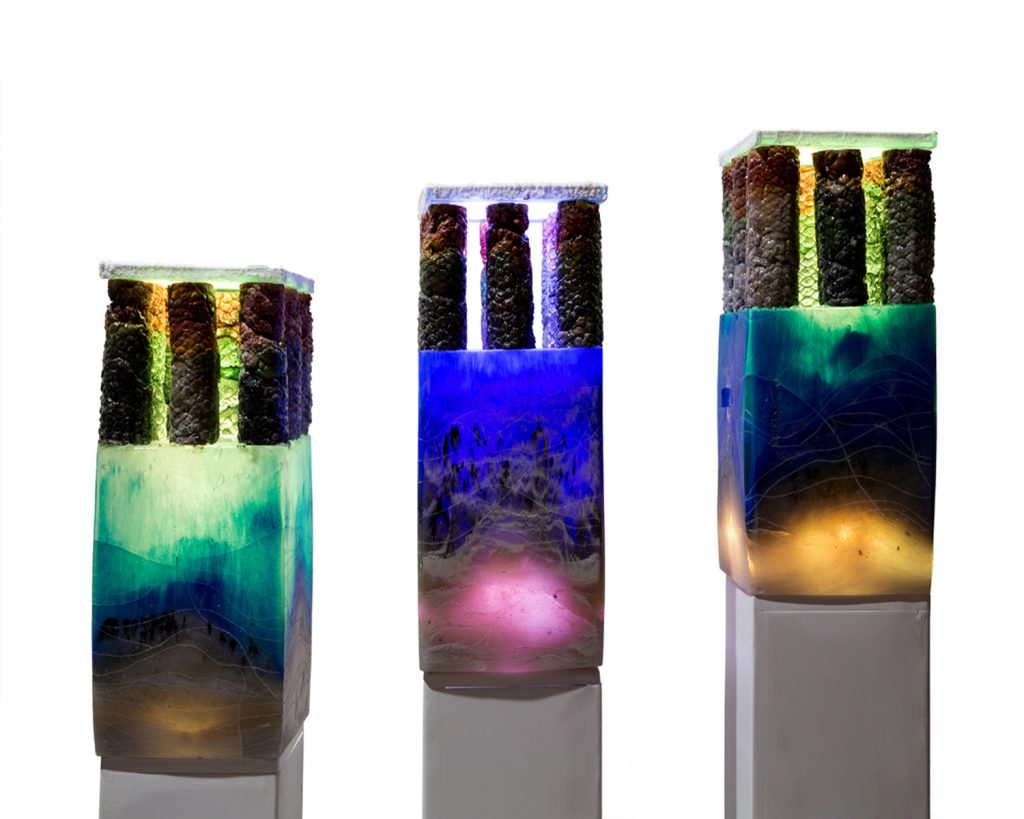 The Irvin Borowsky International Prize in Glass Arts is made possible by a gift from the late University of the Arts Trustee Irvin J. Borowsky and his wife, Laurie Wagman, a current trustee. The Irvin Borowsky Center for Glass Arts at the University of the Arts was also established through that gift, allowing the university to expand its glass facilities and its capacity to promote the study of the historical and contemporary significance of glass art. 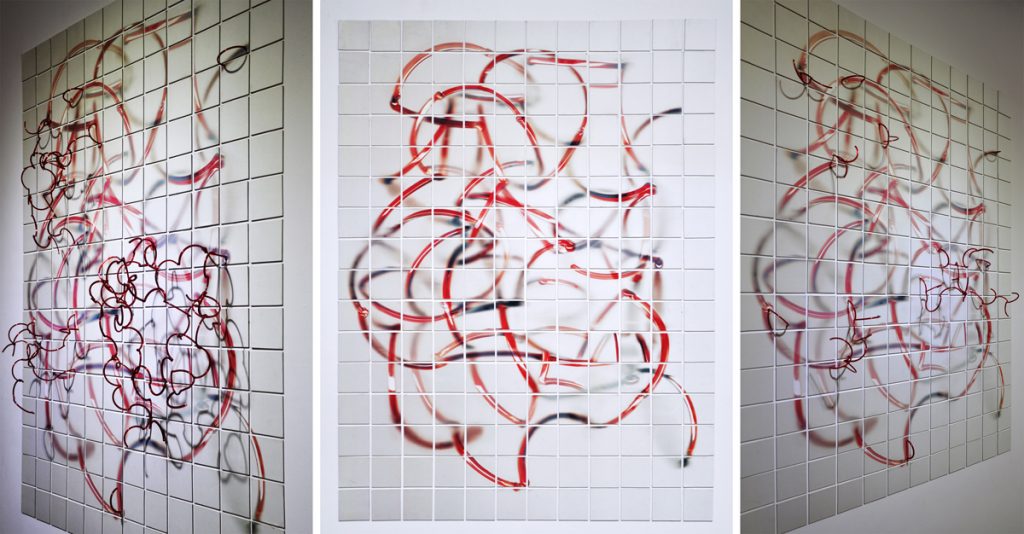