Artist Tip: Learn to Love the .. 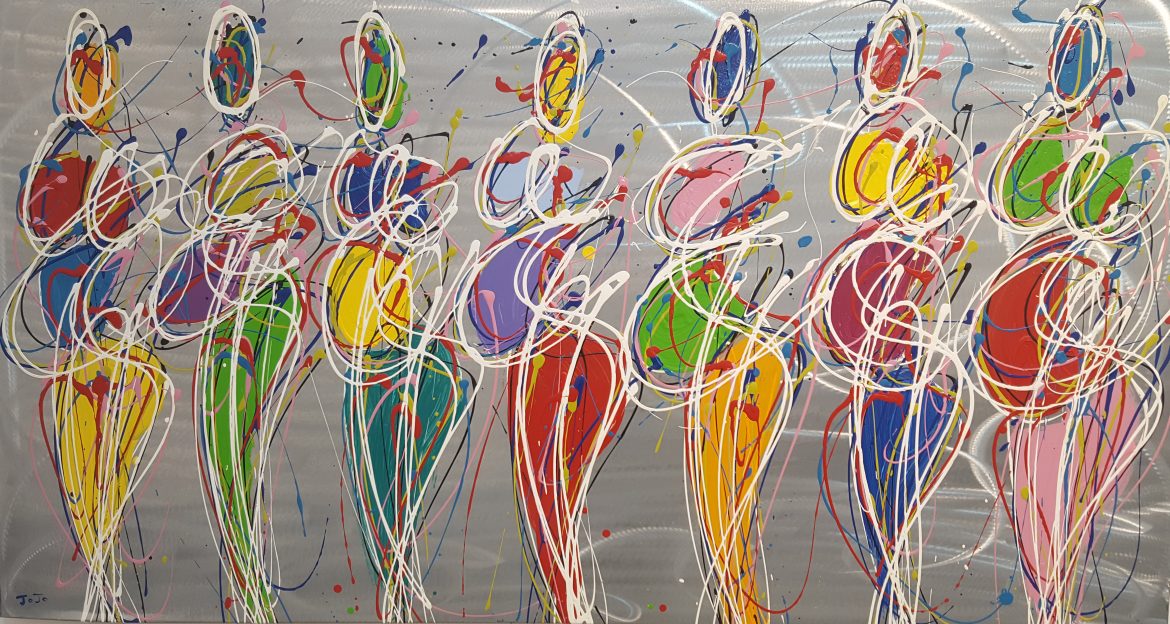 Israeli artist Yosef “Jojo” Ohayon expanded his global footprint by opening his first gallery in the United States at 456 W. Broadway in the SoHo neighborhood in southern Manhattan in summer 2017. This location is Jojo’s second gallery. The original Jojo Gallery has been welcoming art enthusiasts in Tel Aviv, Israel, for 10 years.

The gallery’s eponymous artist has a remarkable story of finding his way into the art world. After working as a farmer near the Dead Sea in Israel for more than 20 years, Jojo decided to pursue his true passion and build a career as an artist. However, he didn’t leave his farming techniques in the field. He brought them into the art studio.

One of the most intriguing techniques that Jojo incorporates into his work as an artist is a water-pressure-inflation technique, which he uses to shape metals into one-of-a-kind pieces of art, including wall sculptures, chairs, coffee tables, and other pieces of furniture. The artist discovered this technique after designing a machine to sort melons on his farm. He noticed a metal tank on the machine containing a large volume of water did not withstand pressure and swelled into the shape of a large metal “cushion.” What began as a design flaw in the farmer’s machine became the artist’s inventive technique — and the first metal “cushion” in his art collection. 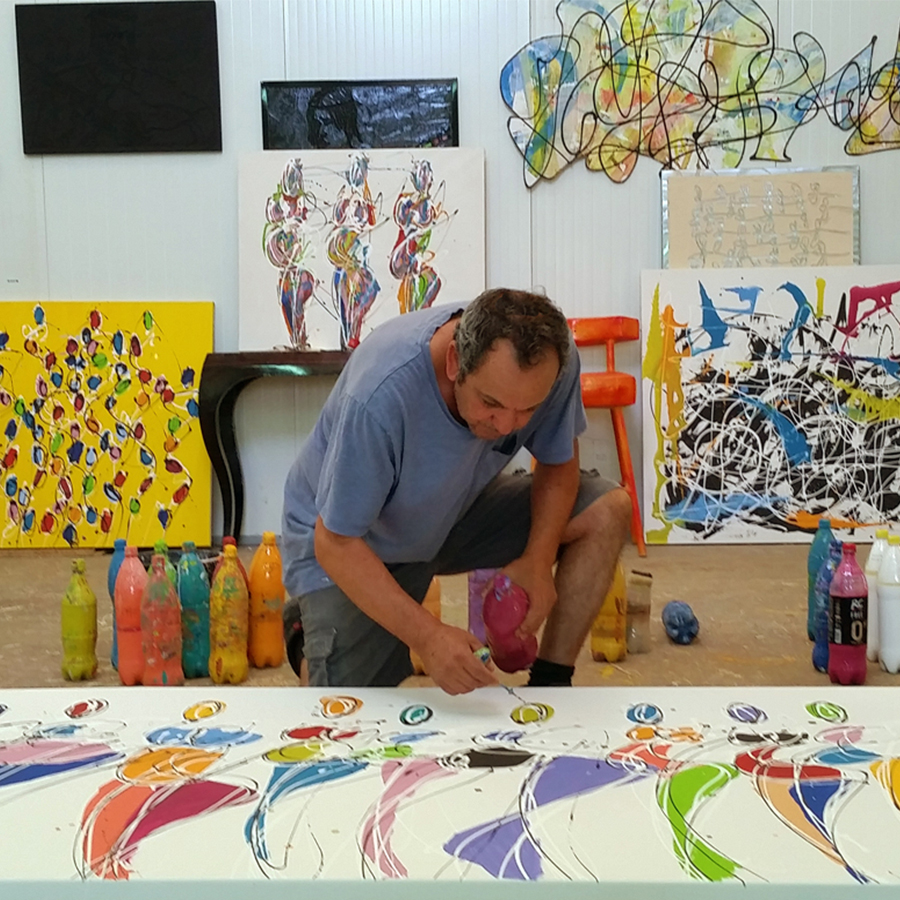 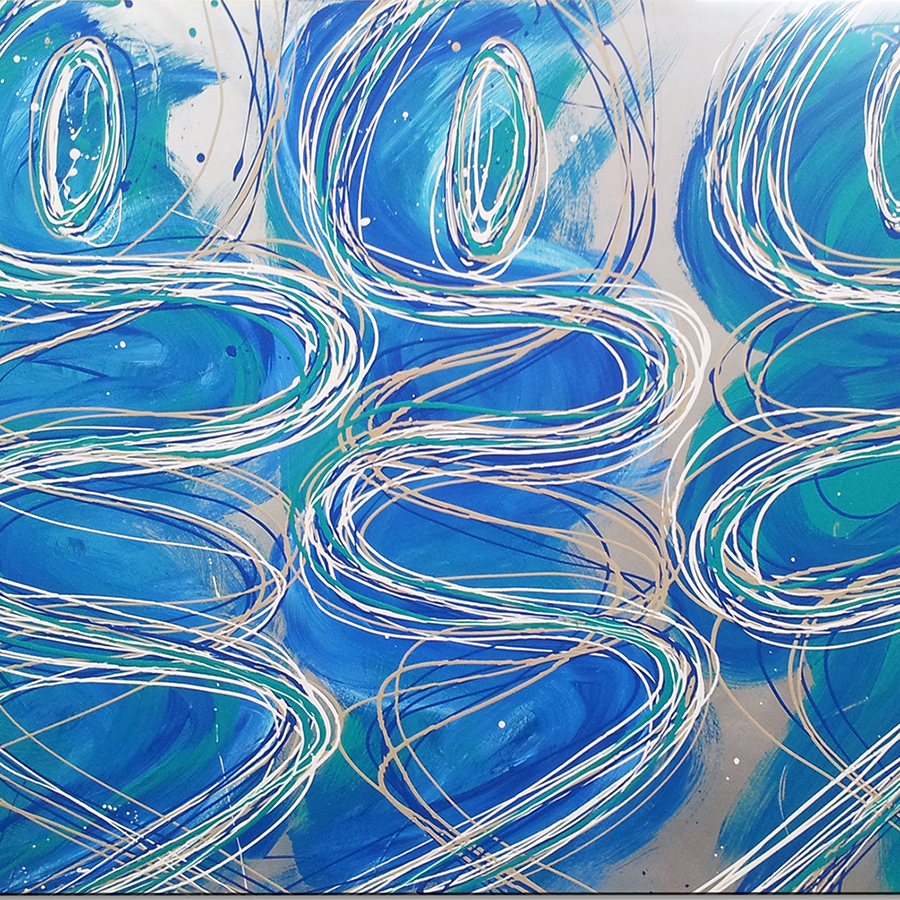 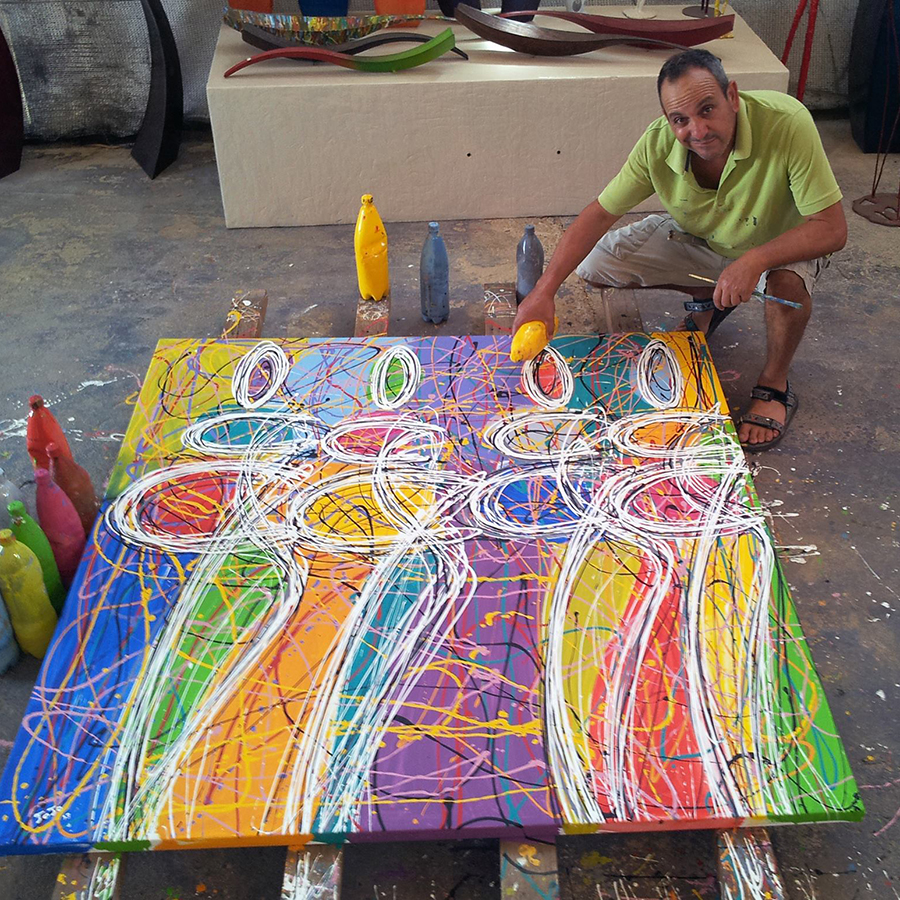 In addition to creating custom furniture and wall sculptures using water-pressure inflation, Jojo creates expressive paintings that each have unique personalities and transmit spontaneity, warmth, and passion. By using bottles that have a tiny hole cut from the end, Jojo distributes paint in uniform patterns across large canvases to create signature pieces that portray female figures, flowers, forms of nature, and more. These abstract pieces showcase his fast-paced action-painting method.

Jojo creates his works in the serene, powerful, and enchanted desert. He draws inspiration from a variety of origins and combines ethnic design approaches with contemporary and Western ones—all with the heartfelt mission to emit happiness. This mission carries over into Jojo’s new gallery. The artist’s primary goal is to maximize the contrast between his quiet studio in the desert near the Dead Sea and the noisy and colorful city of New York.

“The SoHo gallery was our family dream,” Jojo says. “After many years of having the gallery in Tel Aviv with a growing clientele of people from all over the world, we decided that we were ready for the next challenge in opening our second location. New York City seemed like a perfect fit because, over the years, we have noticed that a lot of our customers are from North America and Europe.”

Jojo sees the gallery in Manhattan as the pinnacle of his work and would like it to be a window to the world of his soul—constantly evolving and ever-changing.