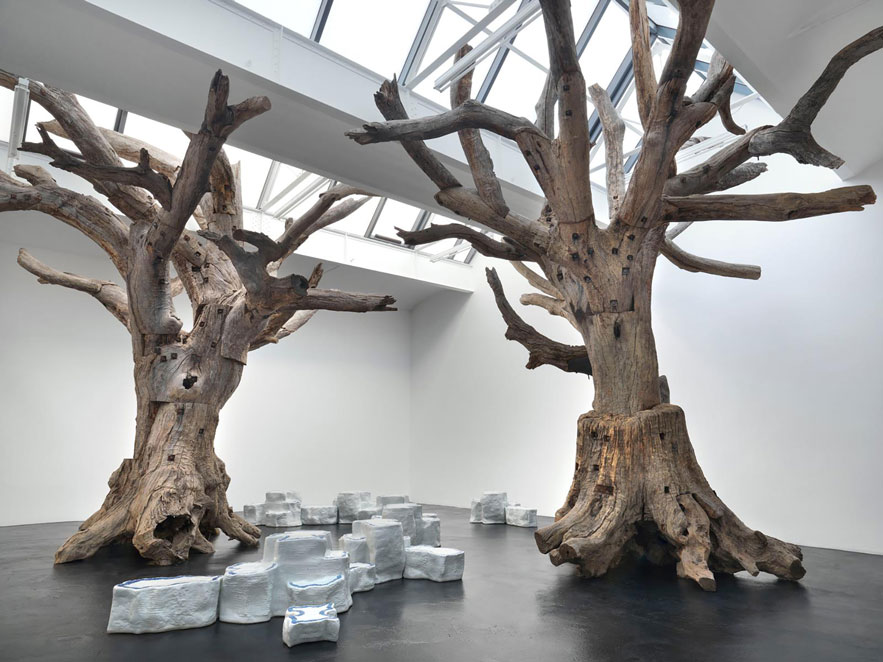 Six Tips for Funding Your Art Project with Kickstarter

Getting an art project funded is no easy task. It usually involves convincing a handful of decision-makers that your vision is worth supporting. But what if they just don’t get it? It could be that your project is too “out there.” Maybe it’s a great idea, but simply isn’t their “thing.” Placing your funding in the hands of a select few could mean that a work of art will never get past the idea stage, because the grant allocators might dislike it for reasons that you’ll never discover. Never fear, though, because there is a solution: Use Kickstarter to finance it.

Kickstarter is a crowd-sourcing platform that connects backers with projects. It pumps roughly $300 million into the arts each year, and 42 percent of arts projects on the website reach their funding goals. Allowing the masses to determine which projects receive funding makes the decision more democratic and less prone to personal bias.

Receiving financing for your art through Kickstarter isn’t just a matter of signing up and waiting for the money to roll in, though. The following tips will help you get the backing your project needs. 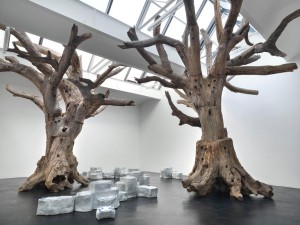 London’s Royal Academy of Arts turned to Kickstarter to raise money for an installation of Ai Weiwei’s tree sculptures.

Users fund artwork of all kinds on Kickstarter—from traditional paintings to more obscure items, like the 64-foot wooden pyramid named “Temple of Whollyness” by Gregg Fleishman, which raised $76,381. Some types of art get backing more than others do, however. Sculptures have a high success rate, accounting for nearly one in five of the site’s 500 highest-funded arts projects. Paintings and drawings, either individually or in a collection or series also do well; 15 percent of the top 500 fall within this category. Mixed-media projects, pieces using quirky or unconventional media, and street art also sometimes get significant funding. Installations and performance pieces tend to get fewer backers. This fact doesn’t mean that you should avoid trying to get funding for them, but be aware of the odds. Also, keep in mind that projects that fail to achieve their full funding target don’t receive any of the raised funds, so set a realistic goal.

Kickstarter funders like to have an indication of what a finished project will look like. If you have no pictures on your page, you’re unlikely to get any funding. Preliminary sketches, 3-D simulations, or any other methods that depict an approximation of the final product will improve your chances of success. Backers also like to see that their donations are getting the project creators excited, so that they can share in your jubilation as you draw closer to your target. Add text updates or images, like New York-based artist Danielle Durchslag, who posted photos of herself smiling and jumping for joy whenever the funding level for her art installation, “A Wandering Sukkah,” increased by a significant amount. “It reminded people who hadn’t given anything to donate and created some fun expectations for potential givers,” she says. Her project raised $8,552, exceeding its initial goal.

The hardest stage of a Kickstarter campaign is the initial spurt of funding that is necessary to generate enough momentum to get the project off the ground. Backers are more likely to fund projects that they think are popular, and the snowball effect usually comes into play once a project receives a certain amount of funding. Seventy-nine percent of projects that raise a fifth of their target go on to receive the full amount, but people are reluctant to donate to a project that is stuck at zero. When this happens, seek out donations from your friends and family. Get them to help you over that first hurdle. Post messages on Facebook, send out a group email, and employ whatever creative methods you can to get support from people that you know. Greek artist Maria Zervos raised $4,475 of her $12,000 goal for “Peripatetics [Athens],” a mixed-media project, by reaching out to friends and family first.

Sometimes, the idea of facilitating a fantastic work of art is insufficient motivation for backers to part with their hard-earned cash. Kickstarter provides project creators the option to reward funders who pledge a certain amount. These rewards range from physical gifts to experiential incentives. Rather than offering a token gesture to indicate your gratitude, choose rewards that backers will treasure. “You need to provide real value to your backers, so they get a piece of artwork or something tangible,” says Rob Decker, who raised $23,120 for a collection of graphic art depicting America’s national parks. According to Decker, you should supplement physical rewards with praise for funders. “Thank every backer as pledges come in and ask [the pledgers] to … spread the word to their friends, family, fans, and followers,” Decker says.

Kickstarter users frequently make the mistake of writing long, rambling project descriptions that take visitors several minutes or more to read. If backers can’t quickly scan your overview and decipher what the money is for, they will be unlikely to fund your project. Use the first five lines of your description to summarize what you’re doing, then follow with further elaboration. Include the details of your previous projects and how you plan to create your artwork. Backers are unlikely to donate to something they doubt will actually come to fruition.

When it comes to Kickstarter, social media is your best friend. Join as many relevant groups as possible, network with members, and persuade them to donate. Depending on your project, it might also be worth taking out paid advertisements on Facebook. Decker spent $30 a day on Facebook ads, and he believes this contributed greatly to his success. Don’t slack off once the money starts coming in; you need to constantly plug your campaign until it reaches its goal.

Richard Kay is a publicity strategist for Promote Your Campaign, a public-relations company specializing in Kickstarter campaigns.