Vintage Beauties: Diego Salazar and the Art of the...

Your Number One Resolution for..

Vintage Beauties: Diego Salazar and the Art of the Antique Frame 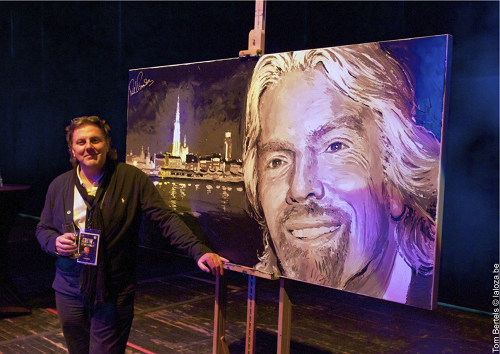 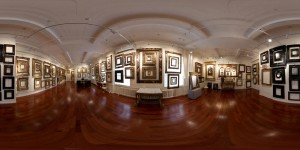 Visit Diego Salazar’s gallery in Long Island City, Queens, and you’ll find a collection of art as compelling as it is unconventional. About 250 pieces hang in his main gallery, stacked one inside the other like Russian dolls. Some are covered in cherubs or crosses, others are gilded, and a few are more than 400 years old. They are picture frames—and nearly every one of them stands empty. For Salazar, the frames themselves are works of art.

Frames—The Cinderellas of the Art World
“The frame is the Cinderella of the art world,” says Diego Salazar, gesturing toward a wall of ornate beauties. “At one point, they were like the neglected stepdaughter—unnoticed, something that no one really cared about. But now that is changing. Now people care.”

If they do, it’s because of people like Salazar.

One of America’s premier dealers of museum-quality antique and fine replica frames, Salazar has an infectious passion for mouldings. His comprehensive collection of frames boasts hundreds of exquisitely beautiful European and American pieces dating from the 15th through the 20th centuries. 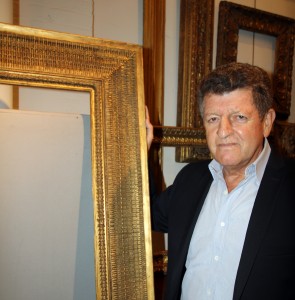 Diego Salazar with one of his prized frames.

He is also an expert in frame restoration and conservation, and his work can be found at the Metropolitan Museum of Art, El Museo del Prado, MoMA, Chicago Art Institute, Cummer Museum of Arts & Gardens, Parish Museum, Christie’s, Sotheby’s and Bonhams, as well as in private collections around the world.

A Love Affair with Antique Frames
When Salazar talks about frames—particularly his collection of 1,000 antiques—it’s as though he’s describing a beautiful woman.

“Sometimes I buy a painting because I fall in love with the frame,” He says wistfully, glancing at a lonely portrait lying frameless on the floor of his studio. “Then I put the picture up for auction.”

According to Salazar, his decades-long affair with frames began by accident. After moving to New York City from Bogota, Colombia, at age 17, the first job he found happened to be making frames. The moment he had some money, he started buying property.

“The real estate, I knew from my mother,” Salazar said, explaining that she supported her 15 children in part by renting out rooms in their house.

He picked up his first building in Long Island City in the 1970s for $59,000. Today, there are picture frames in his current collection worth nearly that much. 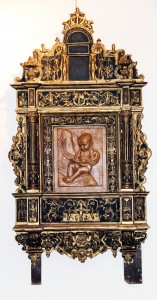 Treasures Worth a Pretty Penny
Generally speaking, high-quality antique picture frames can cost anywhere from $8,500 to $500,000, depending on their age, rarity and quality. One of Diego’s most prized frames is an original by the late New York architect and frame designer Stanford White. It’s valued at $80,000. As you might imagine, the market for such treasures is limited. And all too often, they accidentally end up in the wastebasket.

“Nothing is rarer than a period frame, mostly because the moment people thought they looked old-fashioned they just threw them away,” says Laurence Kanter, chief curator at the Yale University Art Gallery. “Frequently you find collectors or museums who don’t mind if the frame came from Woolworths.”

Fortunately, framing purists like Salazar are here to help us celebrate frames as works of art in their own right. In a sense, he’s a bit of a magician, polishing up vintage frames and pairing them with fine art to create matches made in heaven. If that’s not a Cinderella story, I don’t know what is. 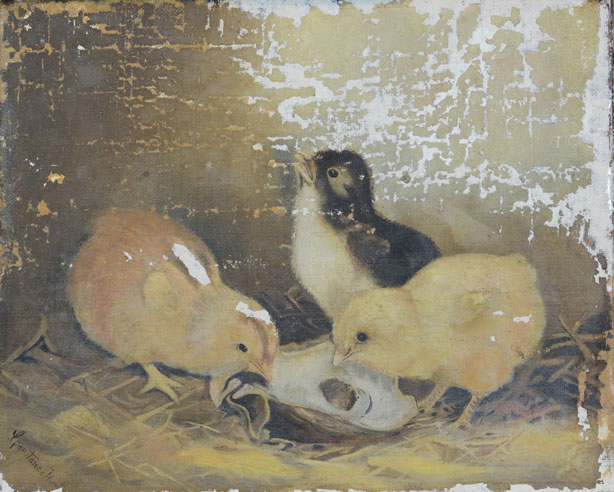