Do You Want To Count Every Str.. 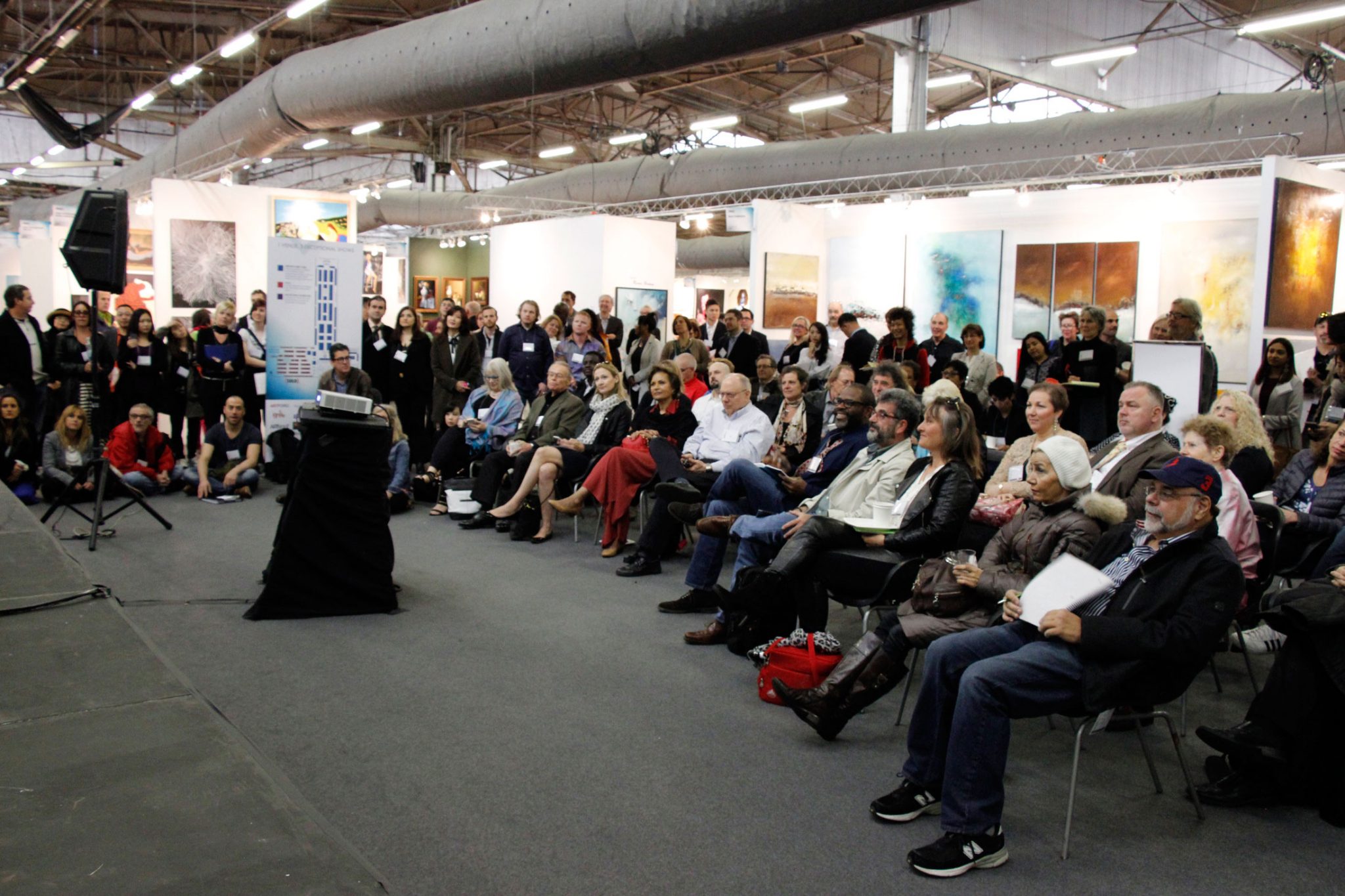 How to pay the bills without abandoning your creativity

To sell or not to sell, that is the question,
Whether ‘tis nobler in the mind to suffer
The slings and arrows of outrageous creativity,
Or to take arms against a sea of marketing and sales….

Every artist, from Michelangelo to Pollock, has struggled with the question of how to sell art and still remain true to one’s artistic spirit and creativity. This internal struggle is likely to remain throughout most artist’s entire careers. How do we pay our bills and still stay true to our creative aspirations? Every artist strives to create art that absolutely expresses the deeper part of themselves, and yet in doing so there is fear that the result may not resonate with the audience. All our brilliant musings may end up filling our own garage instead of hanging on a collector’s wall and producing income.

Each piece that we produce takes hours and hours of planning, researching and, finally, creating. It would be wonderful to live in a world where the sale of a piece is the least of our concerns, but every working artist has to create income as well as art. We must calculate time, energy and salability with every piece we create. So how do we balance those more practical concerns with our creative expression?

I often struggle with having the courage to create images that spring from the darkest recesses of my imagination versus creating something that I’m almost positive will produce revenue. The reality is that for a working artist both are necessary. Our work must grow and expand to satisfy our own creative journey, yet sometimes this growth alienates our customers. I have found that my own solution is to move forward in small steps and have a plan already in place to market my work.

Learn from Your Audience
My style is very realistic and detailed, which means it is also very labor-intensive. I cannot even consider spending the time that I put into a particular canvas and not have it eventually sell. That is the equivalent to someone in a more conventional occupation of working for several weeks without pay. So I progress in small steps instead of dramatic leaps when redefining my style. I produce work that incorporates my existing themes but also extends toward my final, less conventional, goals. I consider this test marketing. If the audience response is positive, in terms of both enthusiasm and sales, then I feel comfortable moving to the next step.

Each step is progression into an area that I may have believed not to be commercial. However, we often underestimate the intelligence of our audience. Many times I have discovered that a piece I believed would be unmarketable is the one that generates the greatest response. This is probably the most powerful lesson about creating art from a deeper creative place. When you are more connected to your work your audience’s feelings are, in turn, more profound themselves. Creating when one is not truly engaged yields art that is stale and meaningless.

In the past I’ve tried to create paintings based on previous pieces that were popular with collectors. Since my intention was not to create but to re-create, my connection to these new pieces was minimal, and as a result they lacked the energy that sparked the viewer’s imagination in the first place. My collectors, seeming to sense my lack of commitment, weren’t excited by these new pieces.

Never underestimate the sophistication of your collectors. They may surprise you by responding to work that comes from a deeper part of yourself. Therein lies the artist’s greatest conudrum: While this work may produce greater appreciation in some, it can also alienate faithful followers. There is a gamble in exploring, but the pay-off is reaching farther into your audience’s psyche. This is why I have chosen to move forward in steps and learn from my audience. Not only does it reduce the amount of time and energy wasted, it also helps move my collectors torward accepting my new artistic expressions.

The Downside of Branding and How to Conquer It
When I used to work as an illustrator people would constantly tell me that I must be frustrated, because I wasn’t given opportunities to express myself creatively. Oddly enough, fine art can yield more restrictions than I ever had as an illustrator. As a commercial artist I was asked every week to paint an endless variety of different images, from a beautiful landscape, to a bottle of Corona beer, to Disney characters and everything in between.

But as a fine artist it is important to develop an identifiable look. Every time a viewer looks at one of your pieces they should know that it could only have been made by you. The cost to developing a style is that you cannot stray too far from it, lest you lose your branding. The more successful you are, the more constrained you may feel by your own look. My solution to this has been to develop an iconographic image that connects each indiviual piece into one cohesive body of work. In my case it is a figure, usually female, draped in fabric. While I use that image as my centerpoint I am free to explore and experiment with a variety of backgrounds and secondary elements.

For example, dramatic European architecture has served as the backdrop in much of my work. But recently I wanted to develop a background that is less literal, more textural and abstract. As long as I continue to build my work around the draped figure, even pieces where I experiment with style and imagery remain clearly identifiable as mine.

Finding the Balance
As Frank Zappa once said, “Art is making something out of nothing and selling it.” The question of monetary gain versus artistic truth will always challenge an artist. For me, the resolution of these conflicting forces has been to understand what the relevance of money is in my life. The goal of making money from art is to allow an artist to produce more art. The goal of producing art should never be to allow an artist to make more money. Setting that priority has resolved many struggles in my career.

I am happiest when I am painting something that expresses the deeper parts of myself, and every time I sell a piece I am given the opportunity to continue to do that. Creating a balance between pleasing yourself and pleasing your customer is not impossible. In fact, doing so can help you find the perfect peace.

Born in Los Angeles, Chris Dellorco’s initial interest in the interplay between art and architectural history began with a degree in Developmental Economics from U.C. Berkeley. Desiring a more creative field, he switched his focus from academics to art and went on to establish himself as one of the county’s foremost illustrators. Although completely self-taught, his art career has spanned all aspects of illustration while specializing in the film industry, children’s products and children’s books. A true renaissance man, along with a degree in Economics and a successful art career, he has also successfully written and directed an award winning short film, receiving international recognition.

For the past 15 years, Chris has been widely considered one of Disney’s top illustrators for print advertising, specializing in Home Video packaging. His covers range from the award winning “The Lion King”, to the recent “Lilo and Stich” and everything in between. If you own one of Disney’s animated titles on VHS or DVD, Chris probably did the cover.

In the entertainment field, he has illustrated numerous movie posters which include “Conan the Barbarian”, “Revenge of the Nerds”, “Coming to America”, “The Marrying Man”, “The Firm”, and others. He received the Silver Medal award at The Hollywood Reporter Key Art Awards for the poster “Eating Raoul”, First Place for his work on “Who Framed Roger Rabbit”, Second Place for “Snow White”, and Finalist for “Aladdin-Prince of Thieves”. He also was a finalist for the prestigious Belding award. He has also shown his artwork for many years in the Society of Illustrators Annual West Coast Exhibit.